This wonderful adventure brings to memory two French poets, Siefert and Prévert, whose names convey the feeling one gets: green (‘vert’). Emotions would flourish: provide, build, possess, think, hold back, feel, grow up, discover and much more. So please be my guest off the beaten track where green prevails.

The seasoned guide of the Adventure Trail welcomed me in the 7-seat 4 x 4 Pathfinder and he immediately won me over by his simplicity and humility. I had no doubt that the customer service would match my expectations as trust building is an integral part of his training.

Once the route decided, we headed towards our first stop: Rivière du Rempart, a small village in the north. On the way, we stopped at a beautiful watercress bed comprising numerous parallel furrows with crystal clear water flowing leisurely. Later at the market I would pick a few bundles of unbeatable freshness. Mauritians make broth, salad out of them or they are just pressed for their juice which when mixed with honey fight coughs (grandmother’s recipe☺) 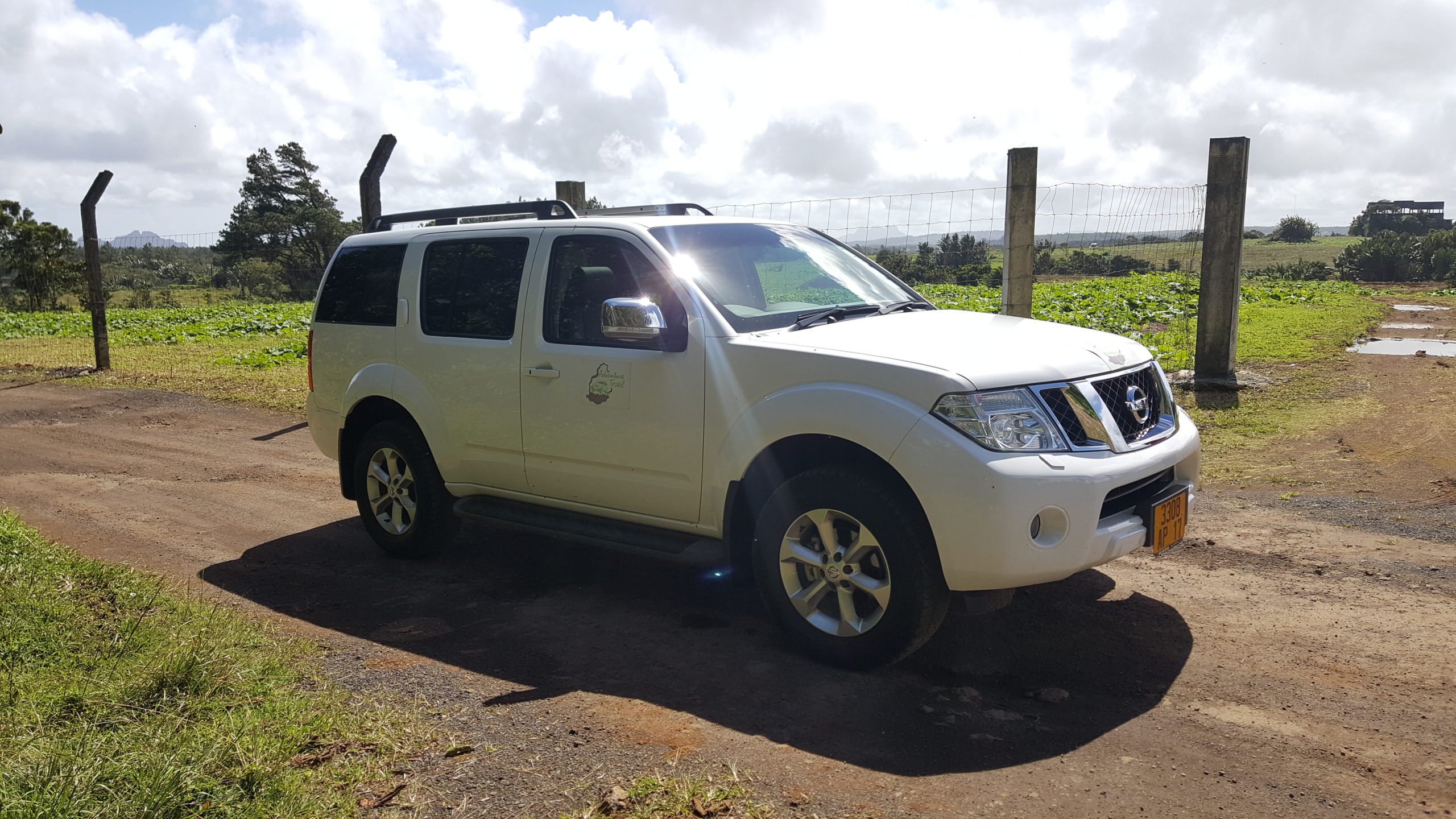 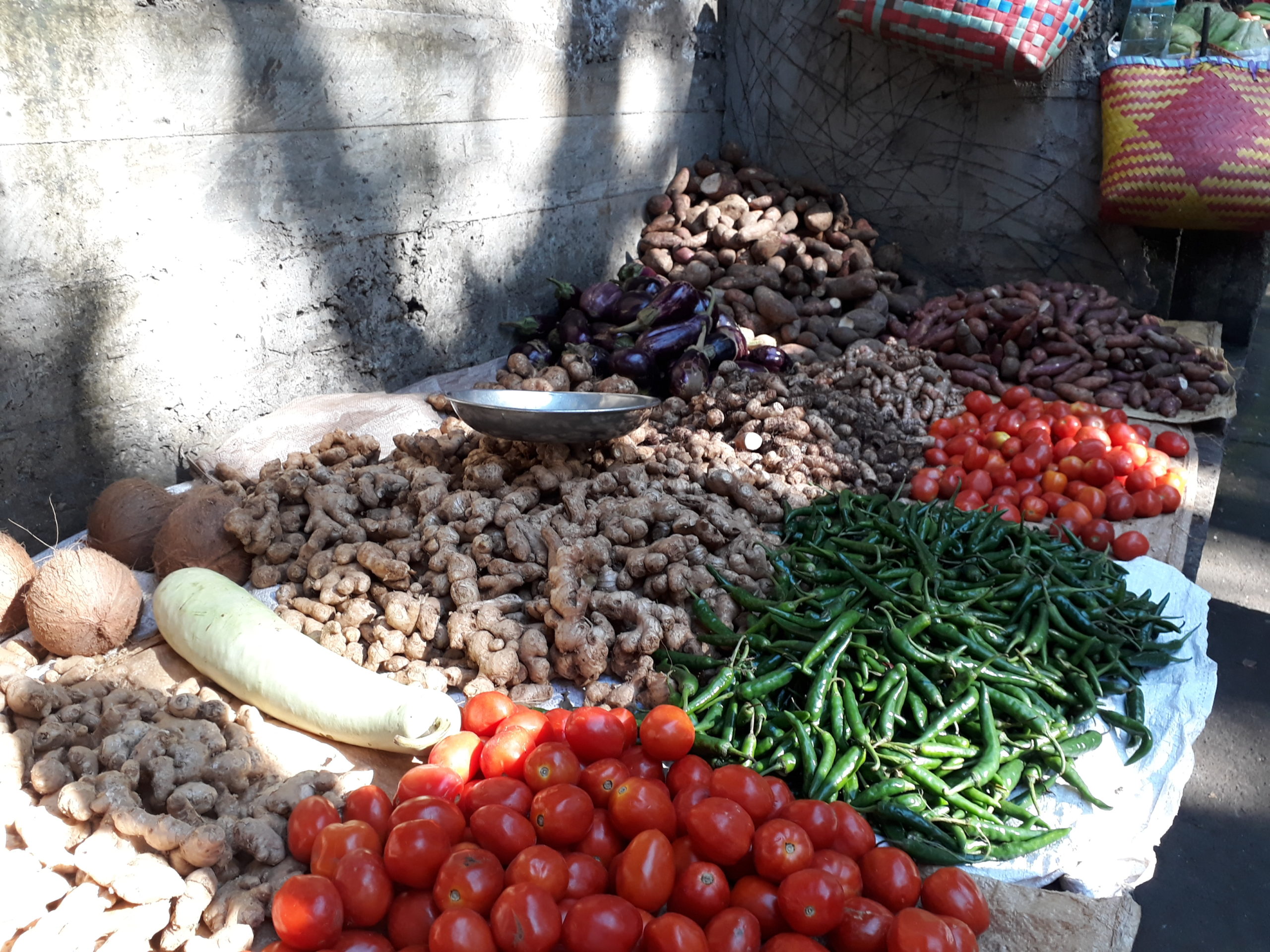 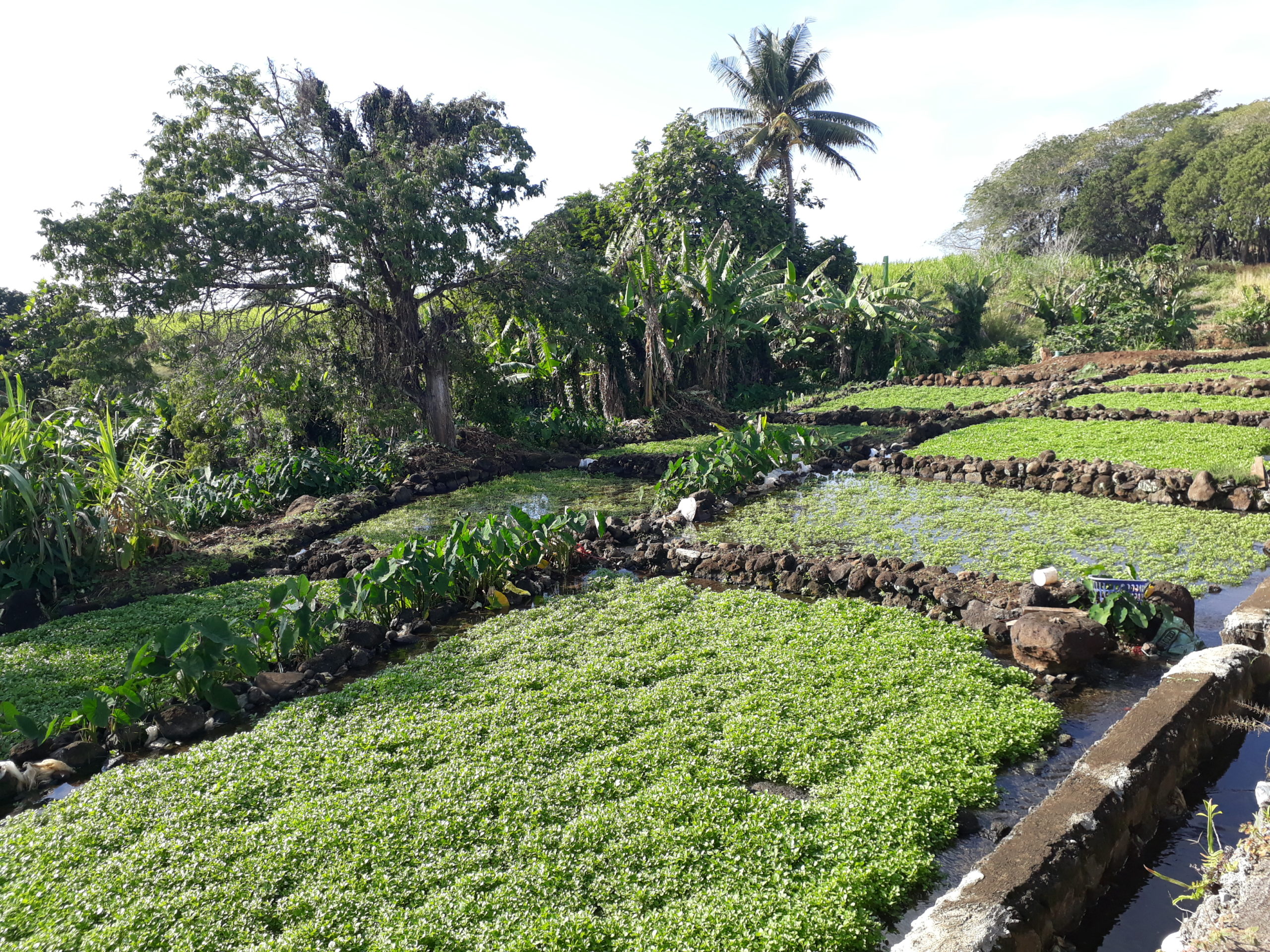 Rivière du Rempart: Oh la la.. How lively! An ancient train station, a post office and an open market. Everything you could expect. Seasonal fruits like breadfruits, local tangerines, pawpaws as big as melons, pineapples, starfruits and many more. I was charmed by the traditional welcome of the merchants and the sellers. They call out to each other in the melodious creole of our island. The bright vegetables are displayed in different shades. I saw alongside fresh spices enormous ‘surans’ (also called elephant yams), roots weighing up to 4 to 6 kilos. I was filled by their fragrance which leaves one with the feeling of utter wellness.

An unforgettable encounter, Devianee who invited me to have ‘gateaux-patate’, half-moon sweet potatoes with coconut and vanilla/anise syrup. Passers-by would also not miss her meticulously displayed pickles which they enjoy so much. During their holidays, they never fail to bring back some to their country. Then,O wonder…She stands right in front of an old balsamic stone Chinese shop held by Robert and his wife for 40 years. Anyone would enthusiastically capture this spotlessly clean place and the layout of the items in perfect alignment, so rare a shoot here. 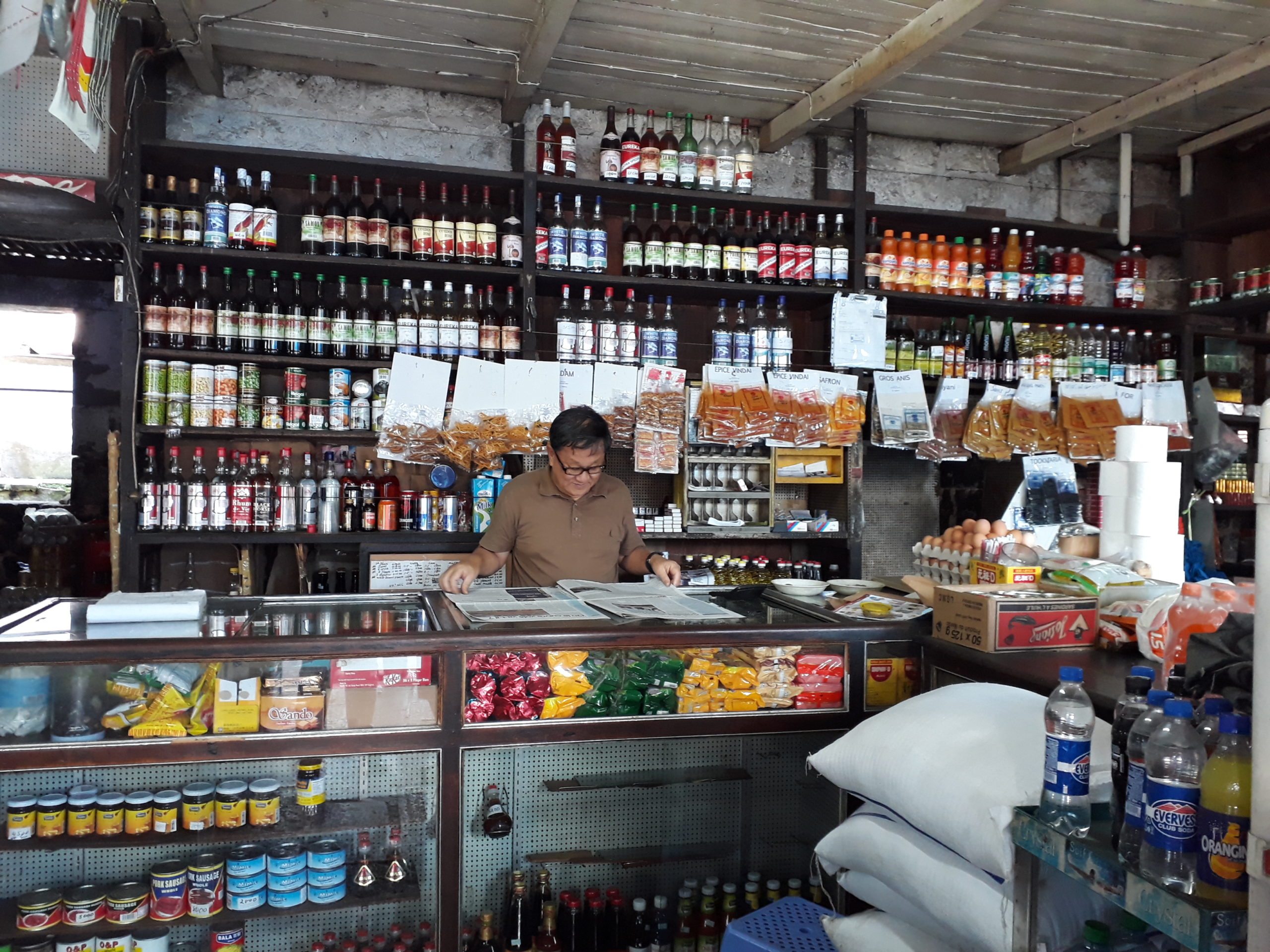 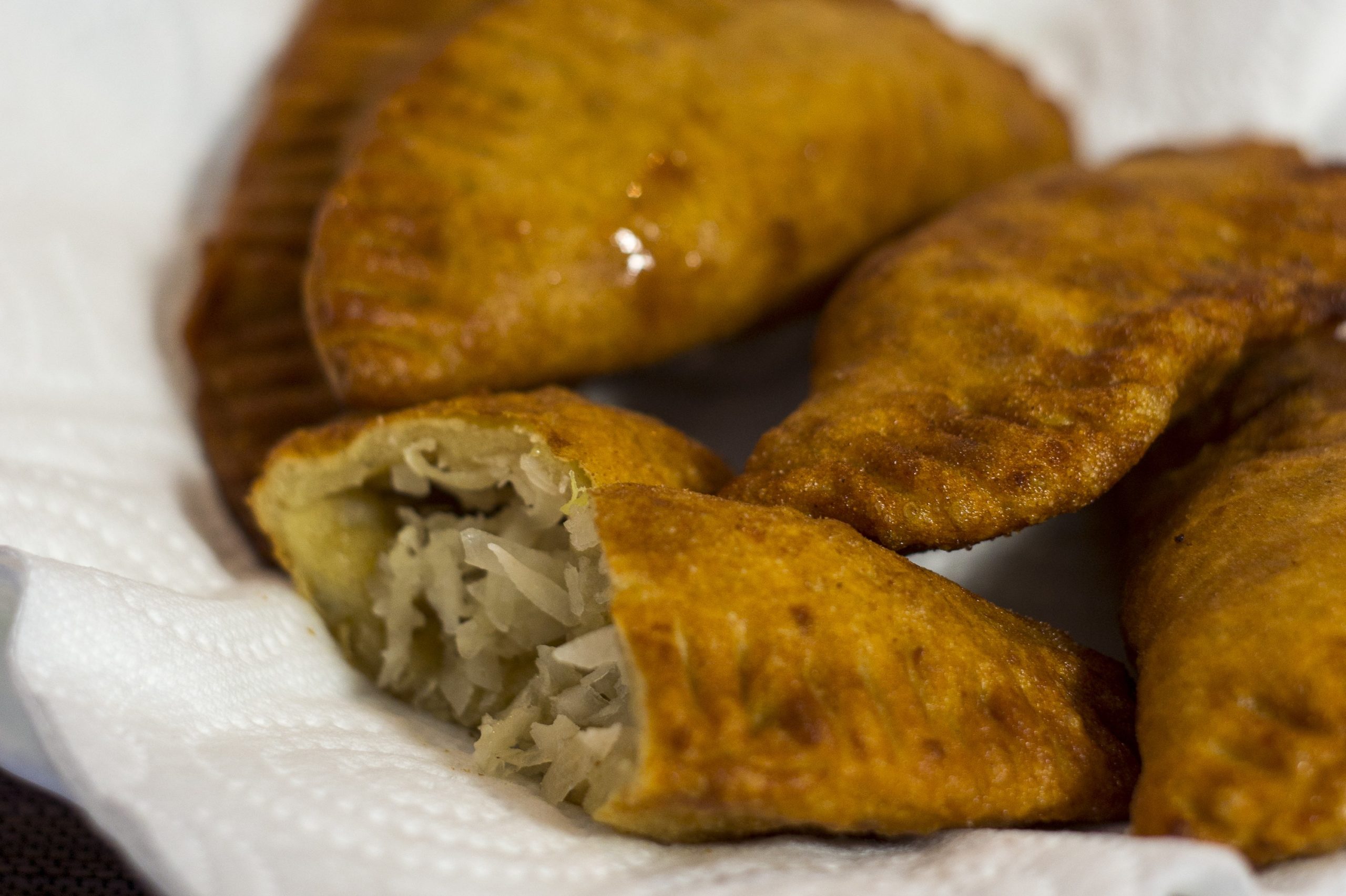 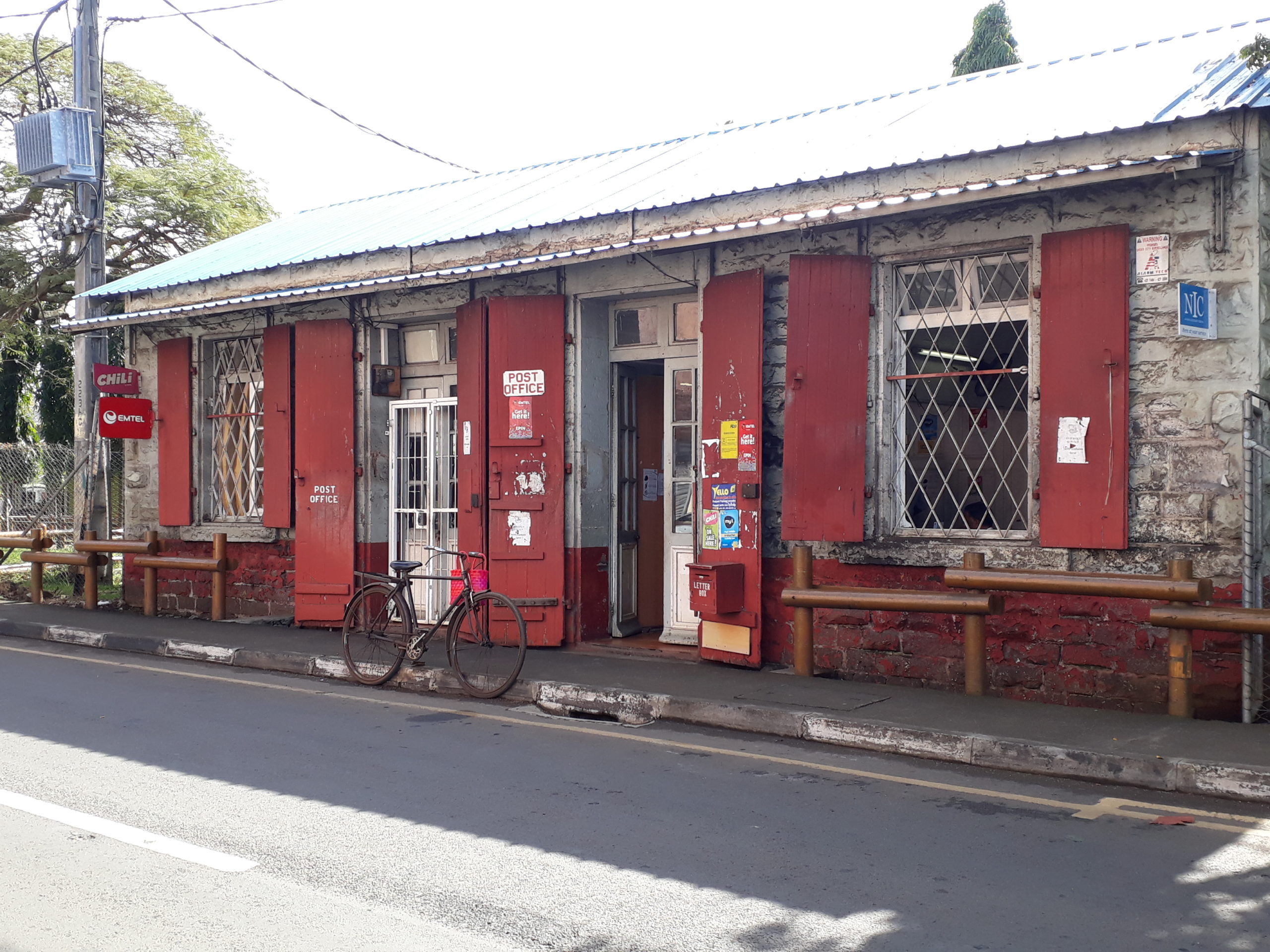 Rivière du Rempart, it’s also Coco, the friendly star parrot of the village, who climbed out of a blue basket to my shoulders. I would have wished to stay in this peaceful place but other surprises were ahead. No need to ponder! Let’s go for the Adventure Trail.

Suggestive names of villages reminded me of the period when people were travelling in ox carts: Amaury, Laventure, Bon Accueil, Belvédère, Pont Bondieu. On the way, we discovered Nanny, a Mauritian of Indian origin expert in basket weaving of Vacoas, palm tree of the pandanus family. Our next stop was La Nicolière, a dam surrounded by Araucarias (monkey puzzle trees), sugar cane fields and other conifers. I would have wished to collect the cones but for what purpose? Christmas was months away. 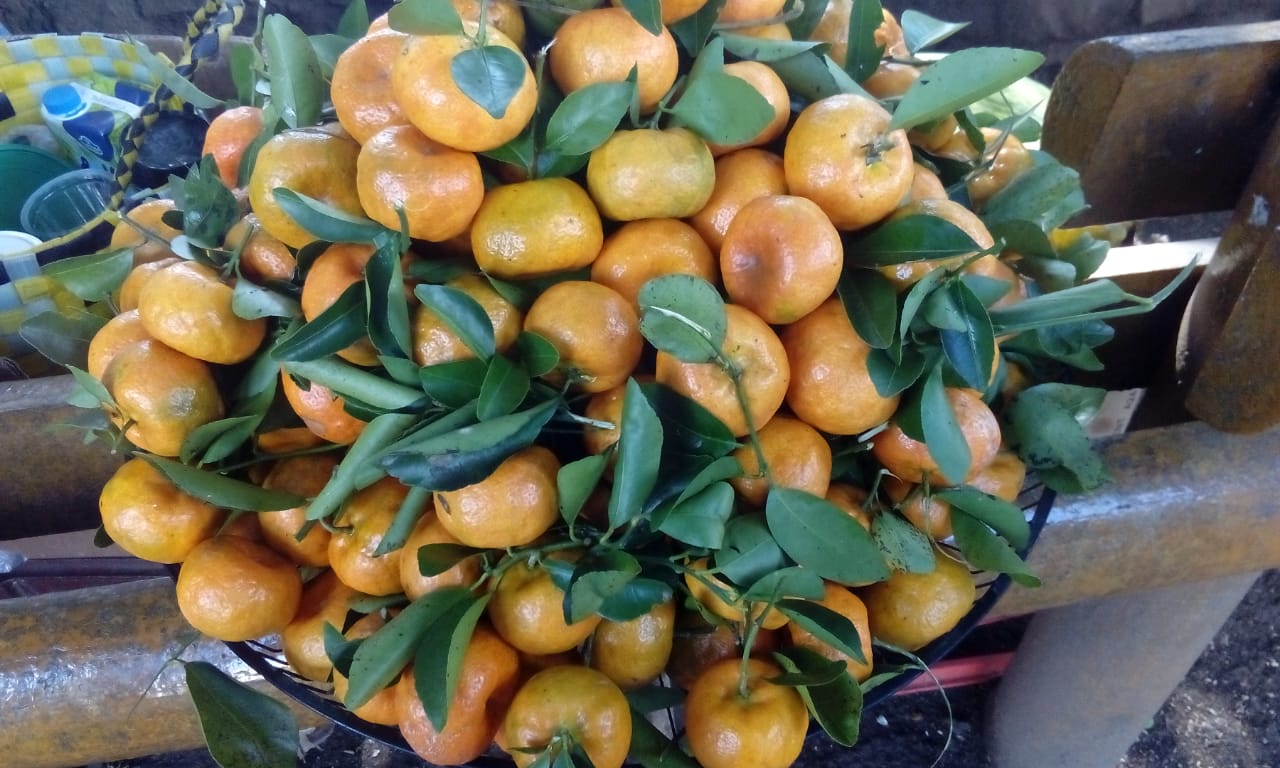 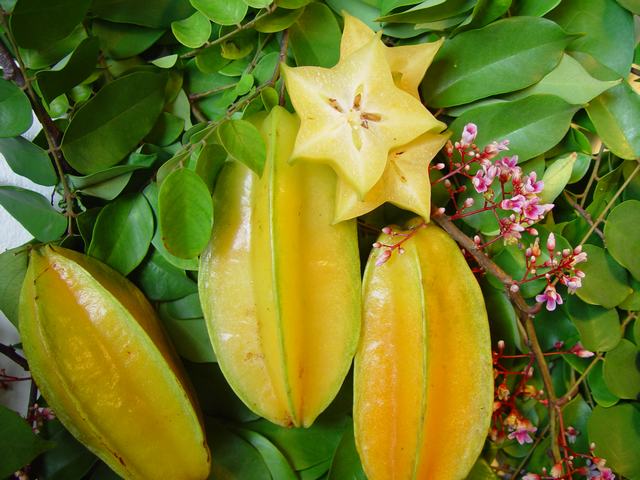 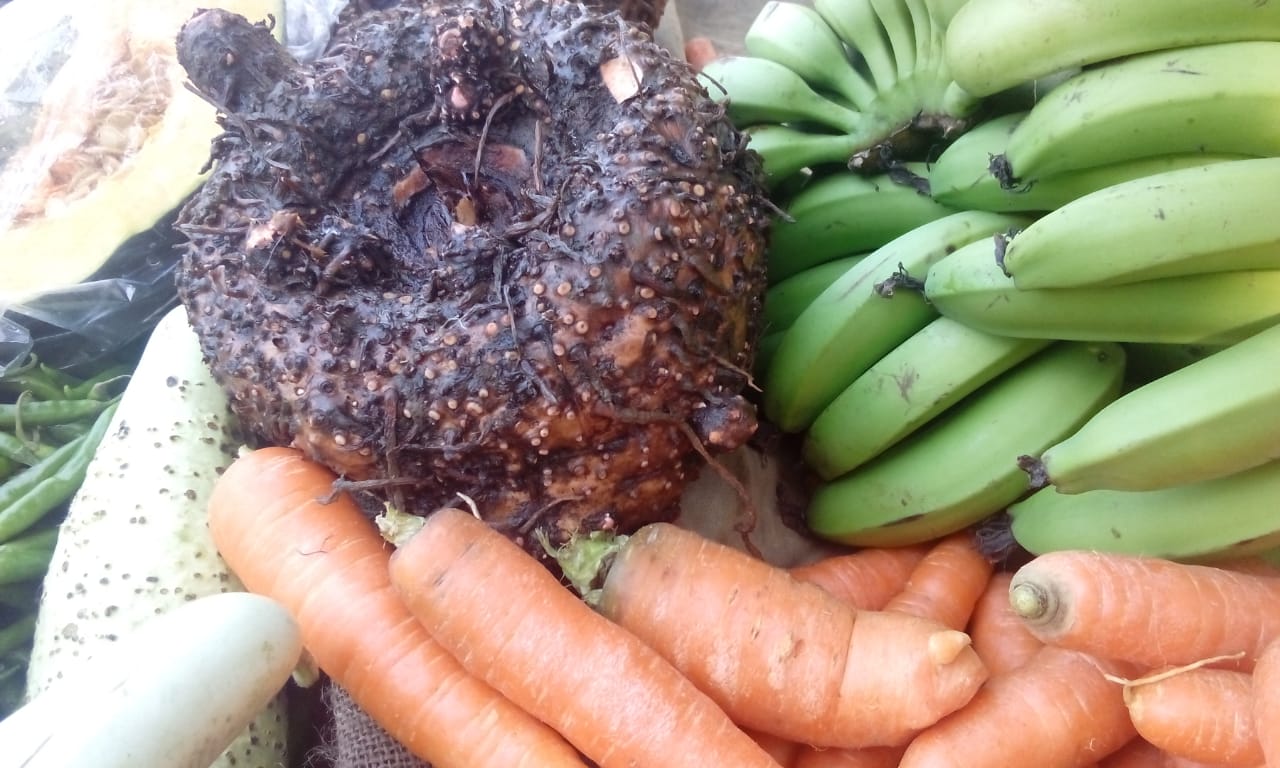 After a few photo stops, we drove towards Les Mariannes and Congomah which provide spectacular views of acres of pineapple fields, ginger planted on steep slopes and aromatic herbs. Our guide described the sites, information which I strived to remember, subdued by the beauty of the landscape. Then came my favourite…Following Montagne Longue, we headed towards Crève-Coeur, in the middle of a valley with a winding and narrow road. Silence was king, one is simply speechless! The steps of Malenga: more than two hundred and forty, holding our breath to at long last let go…Yes! I have never ever been so close to the Pieter Both, second highest peak of Mauritius at 823 metres. Like kestrels (smallest falcon in the world and endemic in Mauritius) paragliders were having a great time.

We were only half-way through our trail, before lunch at a local resident’s place. Piton du Milieu, second dam in the centre of the island whose untold legend I may convey to you some day, if you so wish, reminded me of a massive monolith on a basaltic base…to be continued

Winter is coming…
Next