Do you know which is the most consumed fruit in Mauritius? It’s the banana that was introduced from China during the 18th century by Charles Edward Telfair, an Irish botanist! Our hot and humid climate is perfect for growing bananas, which can be eaten all year round. Banana plantations can be found all across Mauritius.

There are five varieties of bananas in Mauritius including the favourite tiny one, the dwarf banana called “banann zinzli” and also, the “banann rouz” (red banana). Every Mauritian would know that “banann zinzli” were sold mainly in Plaine-Magnien and it is still quite common to find them in the vicinity of Mauritius airport.

The “zinzli”, a delicious, fragrant, thin-skinned small fruit, whose pulp rich in potassium and vitamins A, B, C, is a delight for young and old. Rich in magnesium, it is therefore an excellent natural “anti-stress”. The taste of a “banann zinzli” is totally different from other bananas and is particularly sweet. 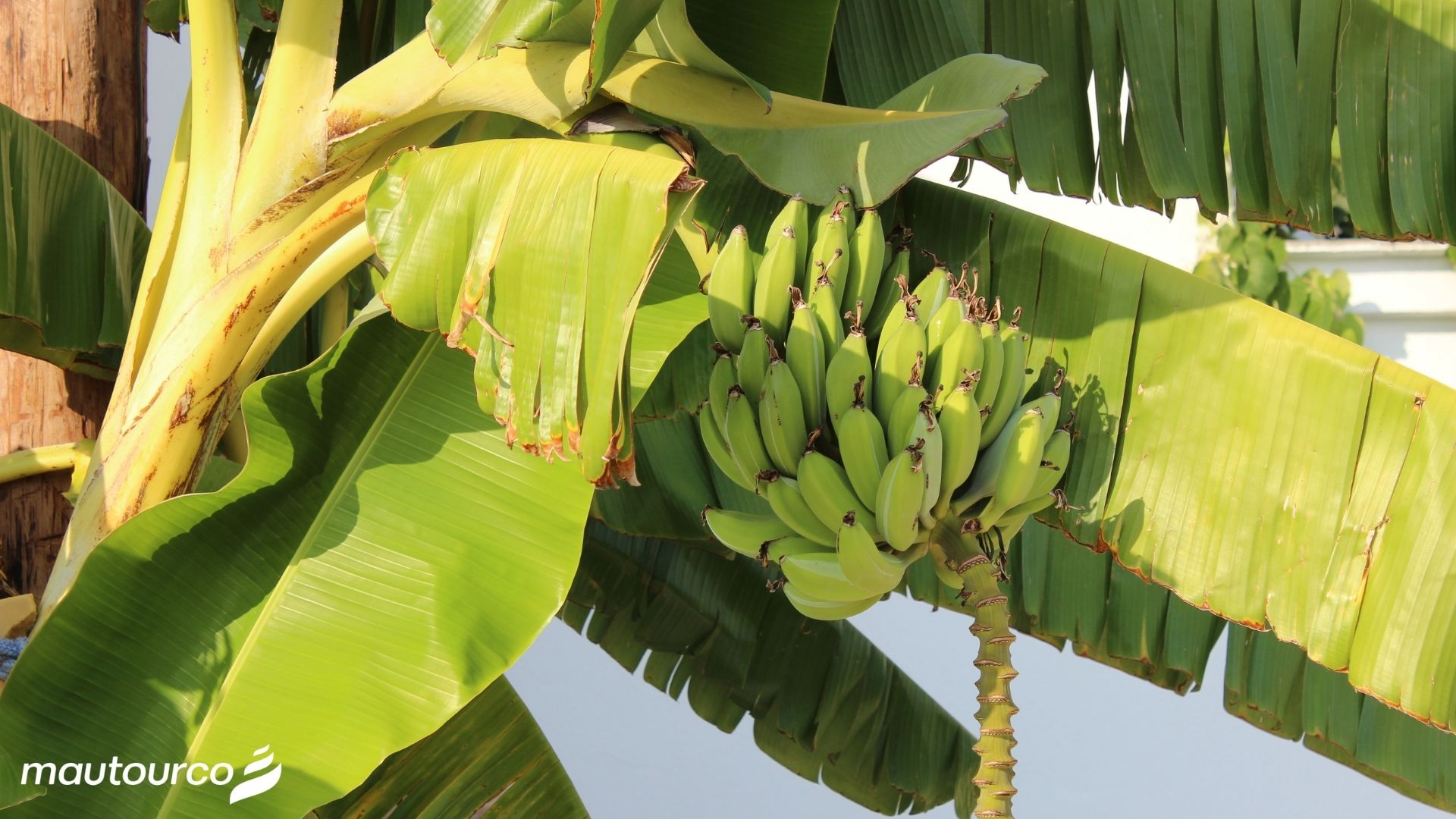 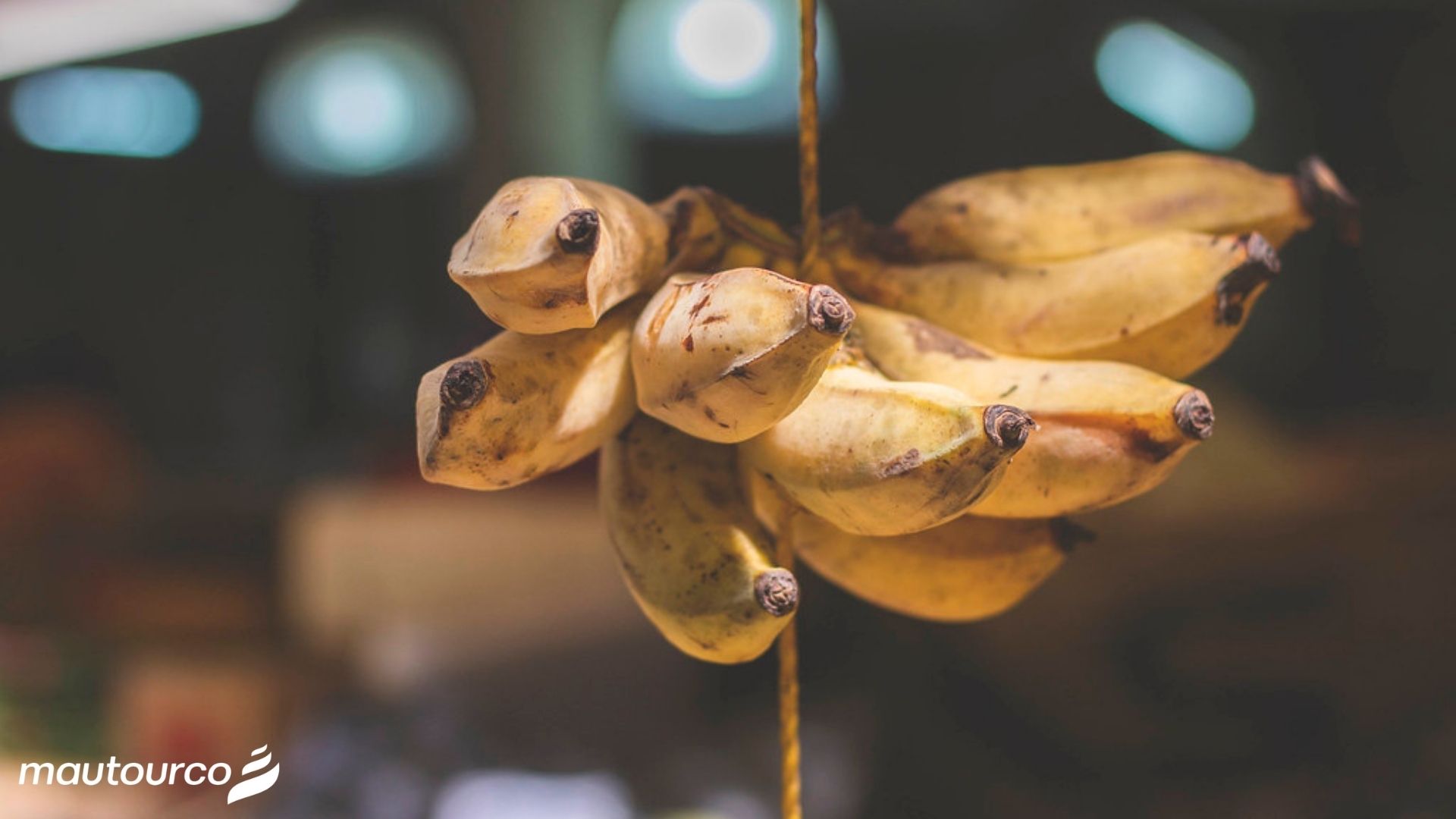 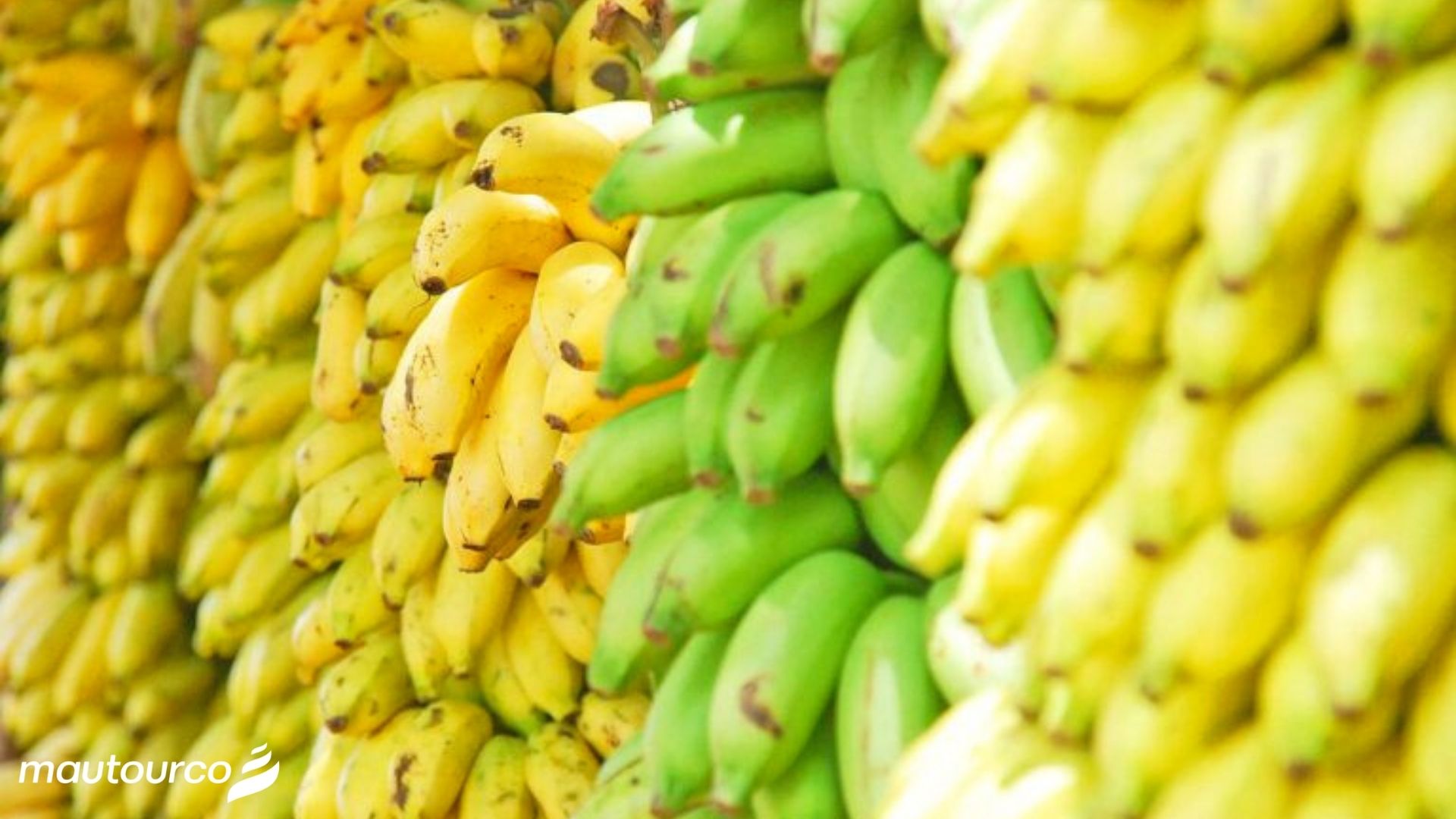 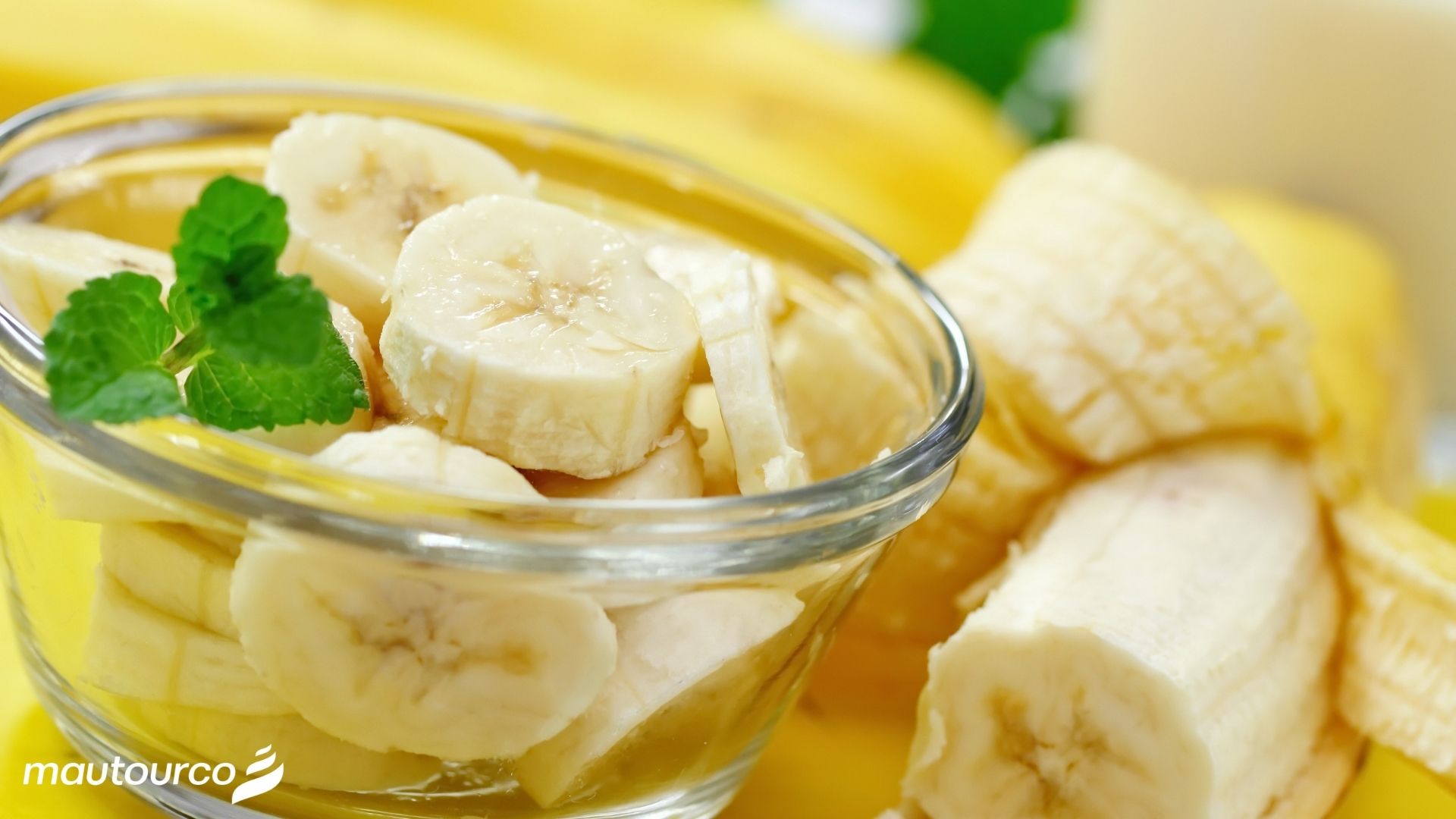 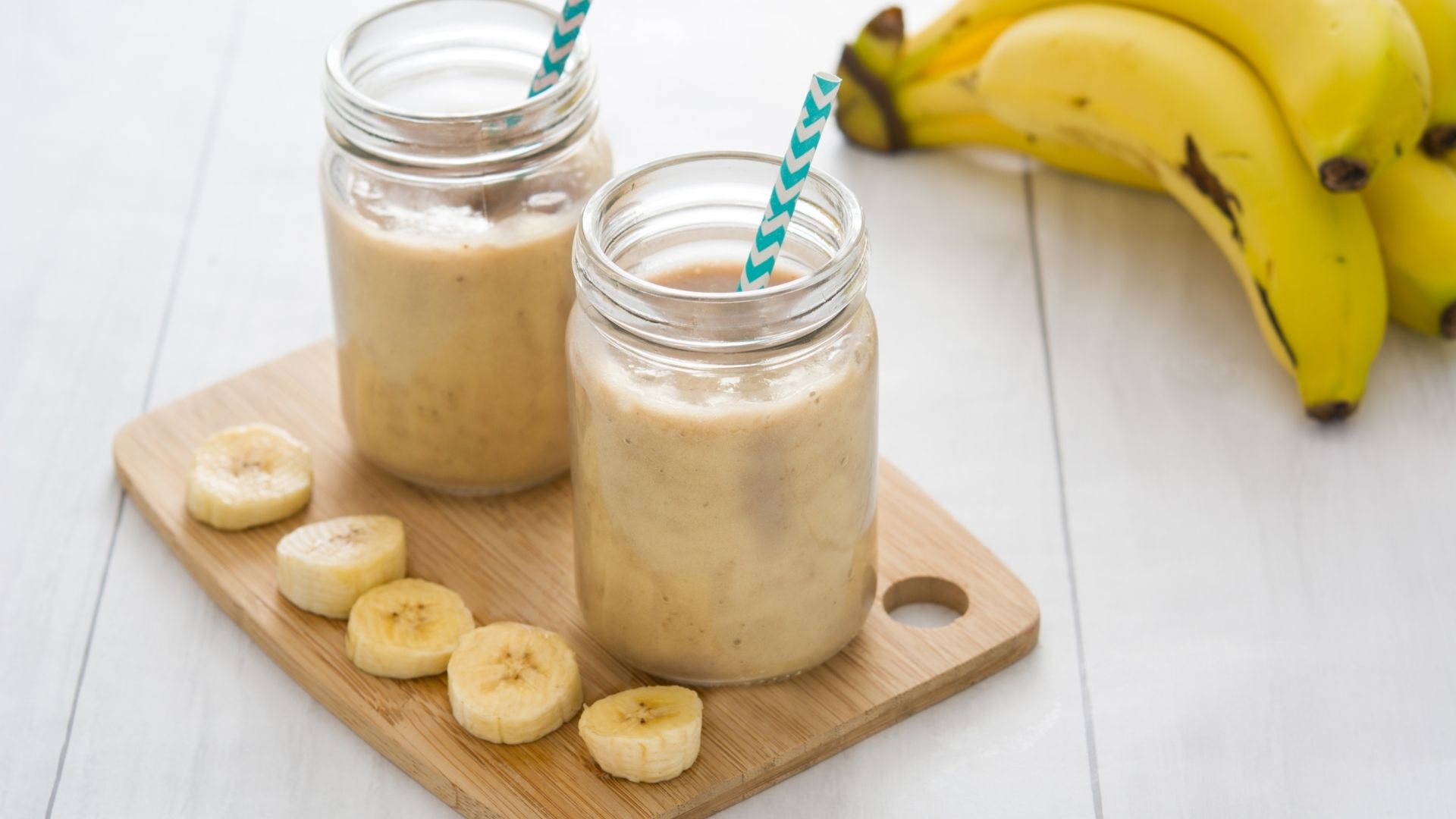 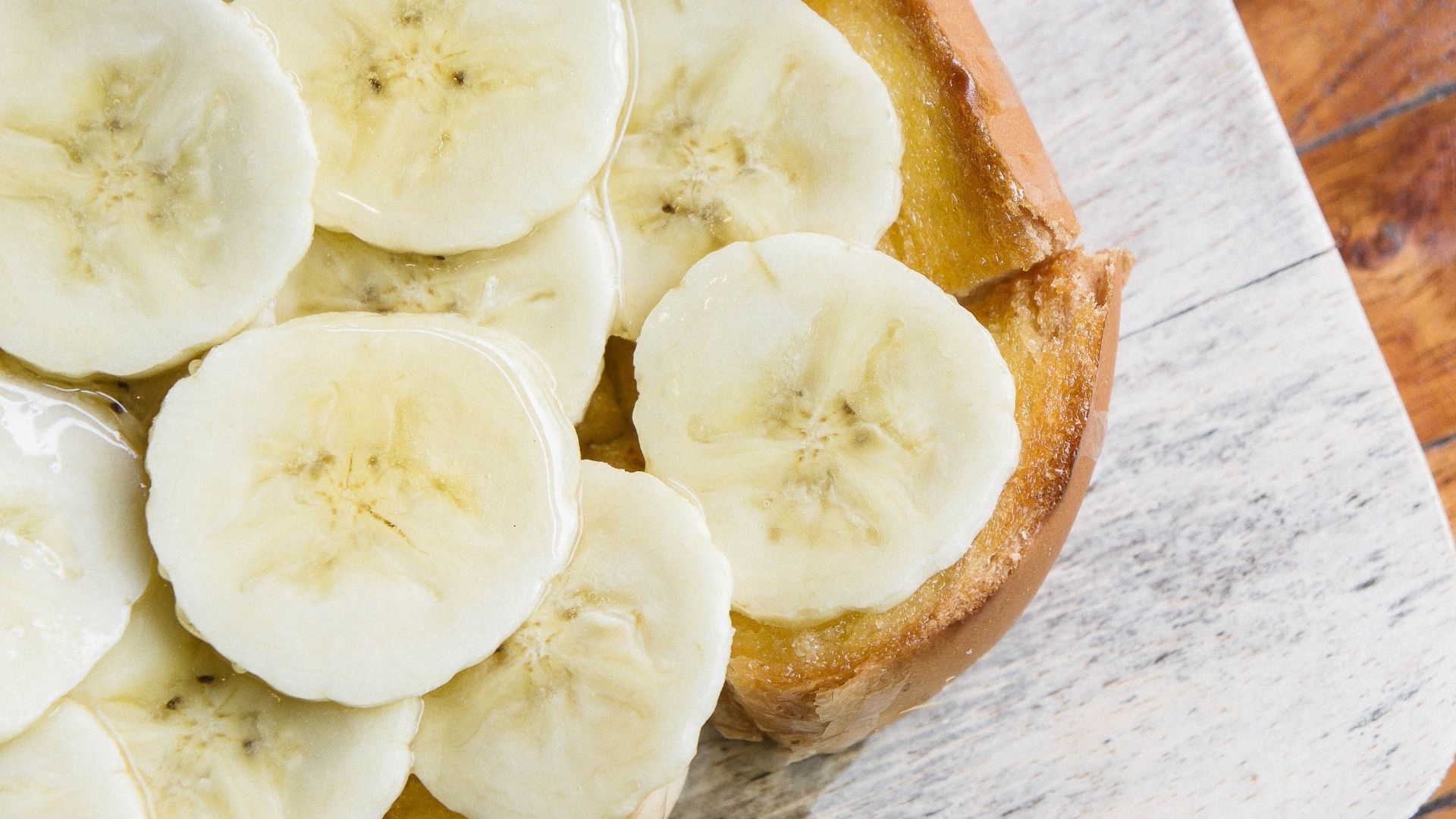 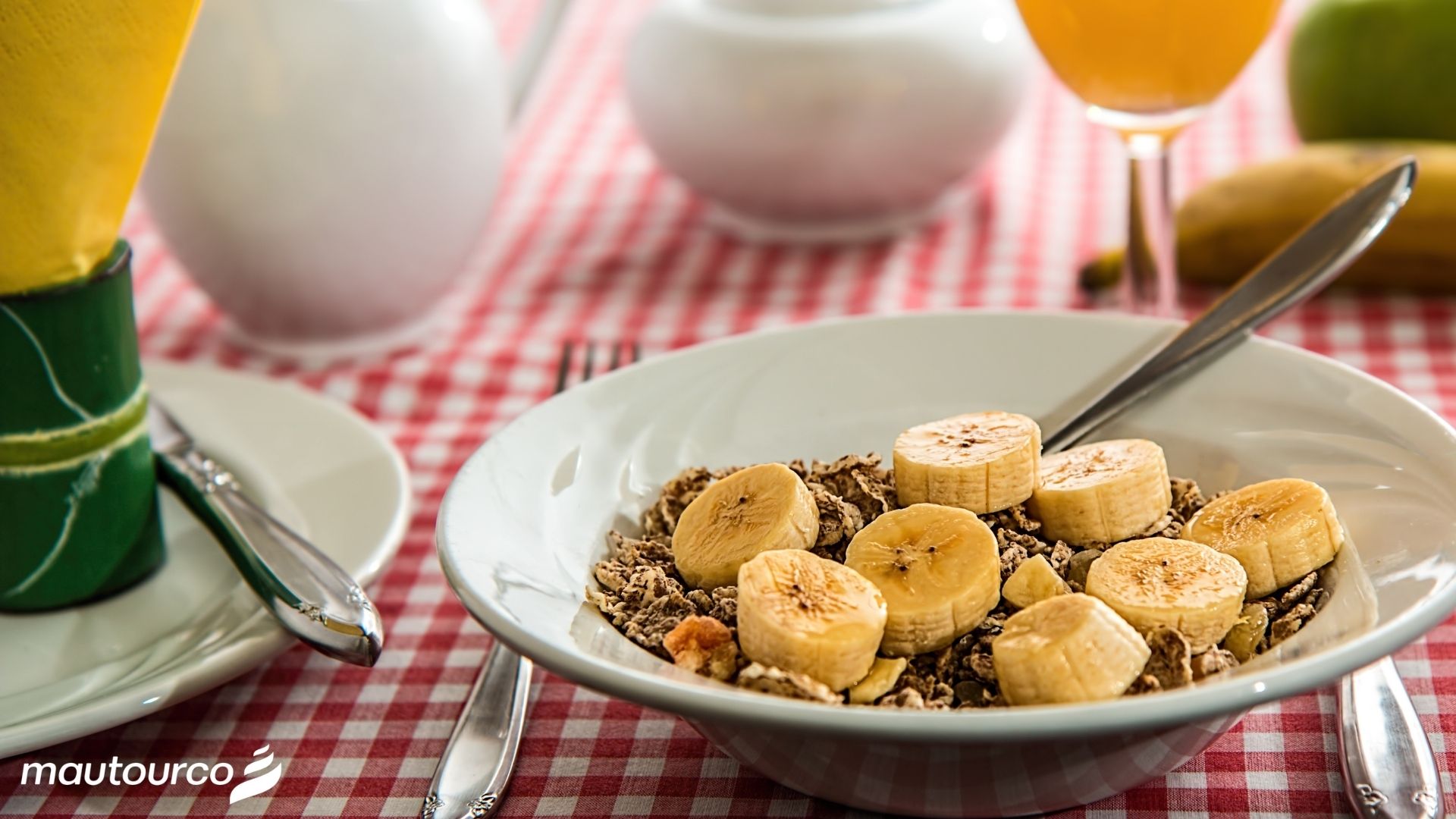 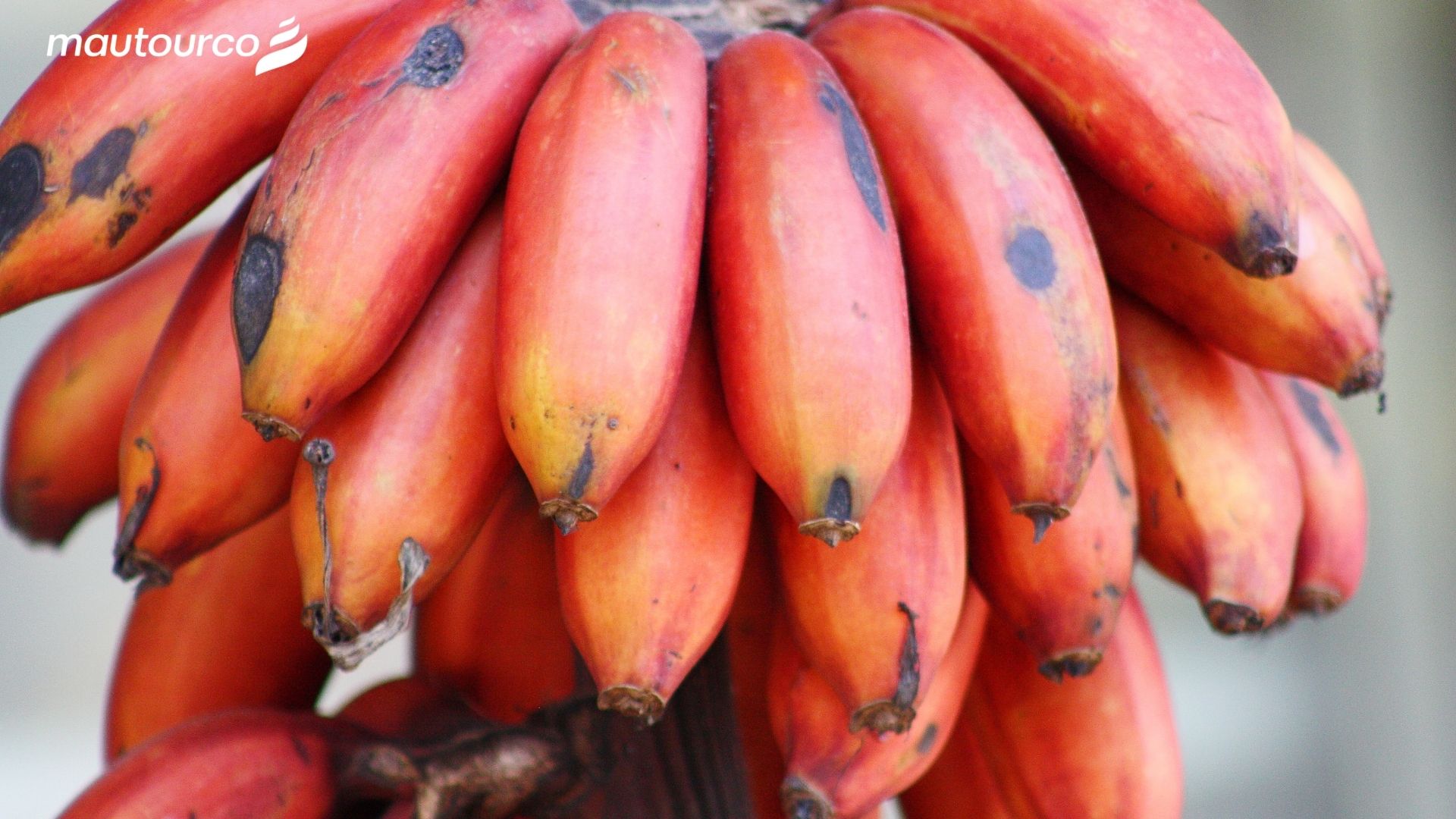 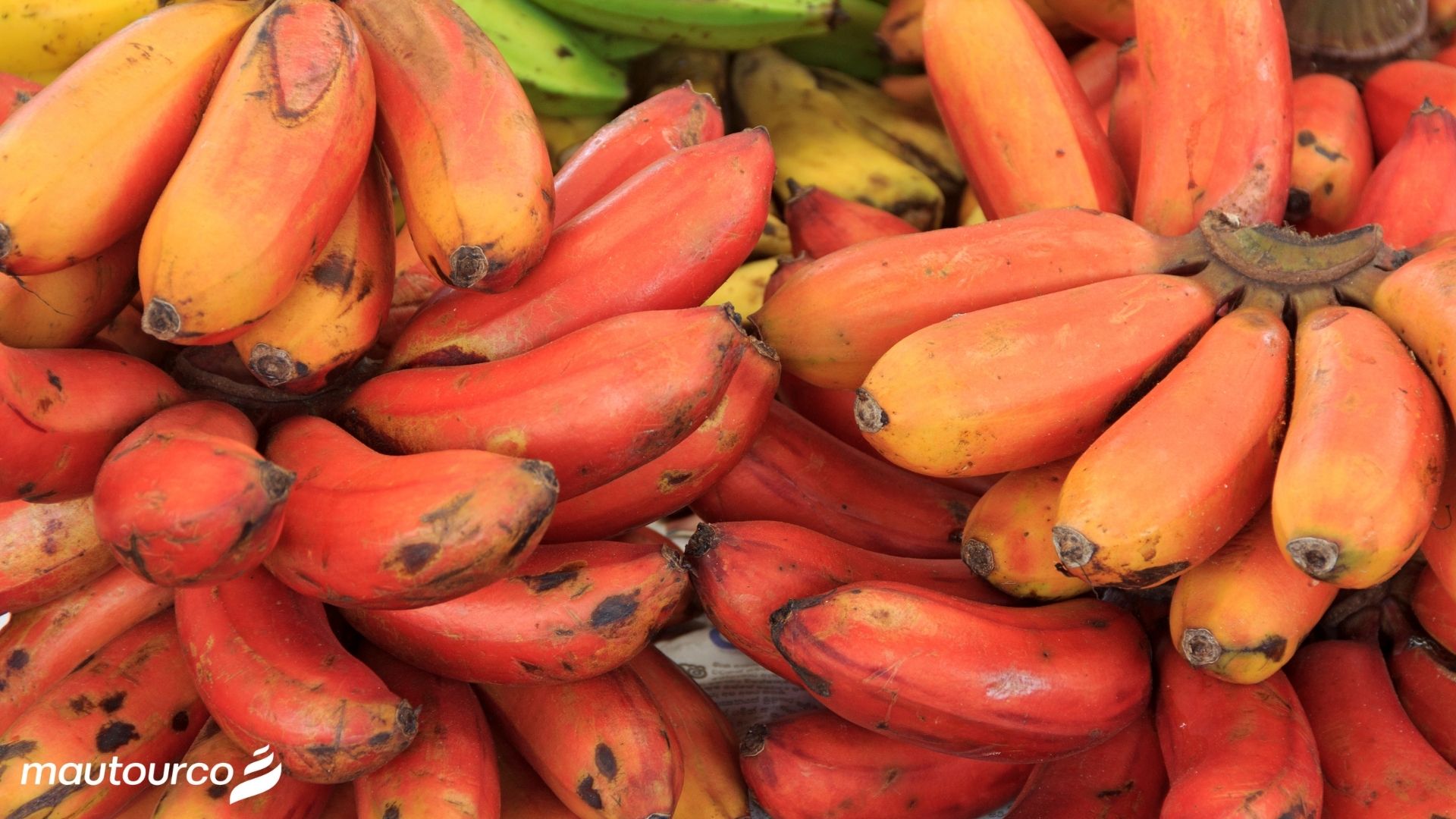 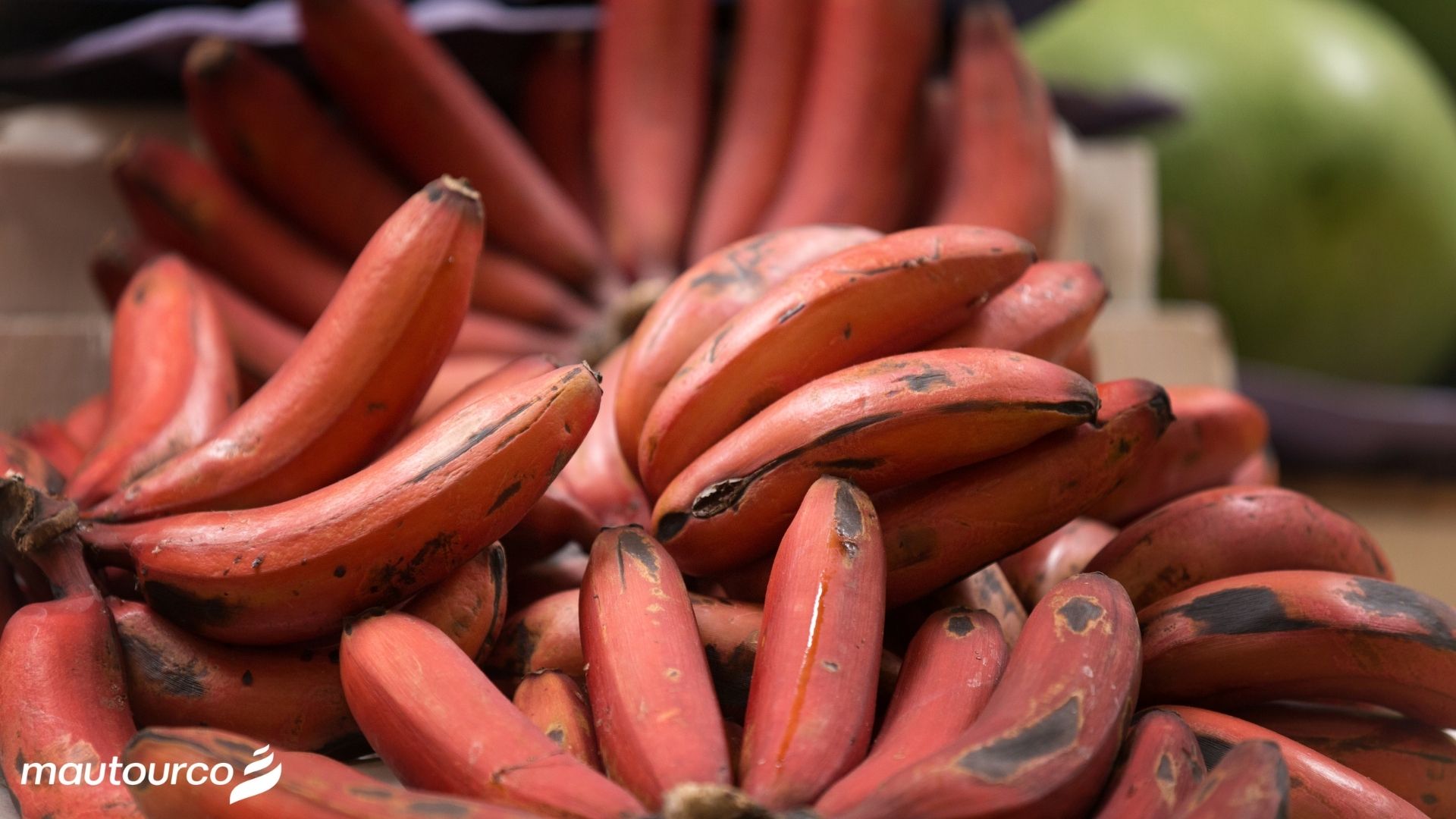 The “banann rouz”, smaller and fleshier than the traditional yellow banana, has a semi-soft flesh of ivory or cream color. It has an uncommon thick brick-red to brown skin depending on its degree of maturity. The taste of red bananas is very similar to that of the yellow ones. Due to its slightly creamy texture, the red banana is more easily used in desserts and pastries (such as banana bread) or smoothies.

Our bananas make an excellent Mauritian breakfast, enjoyed with our famous buttered local bread (a small bun cracked in the middle) and a nice cup of tea. Our Mauritian “gato banann” (banana fritters) sprinkled with sugar are enjoyed with the afternoon tea. Several individuals in Mauritius possess banana trees in their own gardens and bananas are regularly shared between neighbors. As a symbol of purity for Hinduism, the banana tree is traditionally used at weddings and, while the meal is served on the banana leaves, banana curry (using green bananas this time), will be part of the menu. Our bananas are also presented as offerings to deities during Hindu religious rites.

Plain or flambéed, at breakfast, afternoon tea or for dessert, enjoy our Mauritian bananas and above all, ask for the unusual “banann zinzli” or “banann rouz” so that you do not to leave without having tasted them!

Mauritius – a potpourri of spicy flavors!
Next