I was around 15 years old when I first attended a Telugu wedding. One of my sister’s classmates was getting married and as such, all the whole family was invited as it is usually the case in Mauritius. Indeed, her father was a well-known person and it seemed that the whole village was invited.  Traditionally, on Friday morning there was the Ratha ritual which consists of putting a bamboo pole with mango and sugarcane leaves in the yard, offering protection during the wedding.

In the afternoon, there was the Pasupu ceremony, also locally known as Saffron ceremony. Pasupu ceremony is a very intimate gathering where only close relatives are present. Five ladies from the groom’ s side came to apply turmeric paste on the bride. Only after this, were other married women allowed to apply turmeric paste on her. This rite is performed to cleanse the body and mind before the sacred ritual of becoming one, that is the wedding. She was also offered a brand-new saree with matching accessories in which she changed. We were invited on Saturday night along with all other relatives and friends. Dressed in a blue sherwani suit (Embroidered, Indian style wedding attire for men), her father proudly welcomed us inside. The house was beautifully decorated with ornaments of different colors and light strings which were quite spectacular at night. The house was literally glowing. 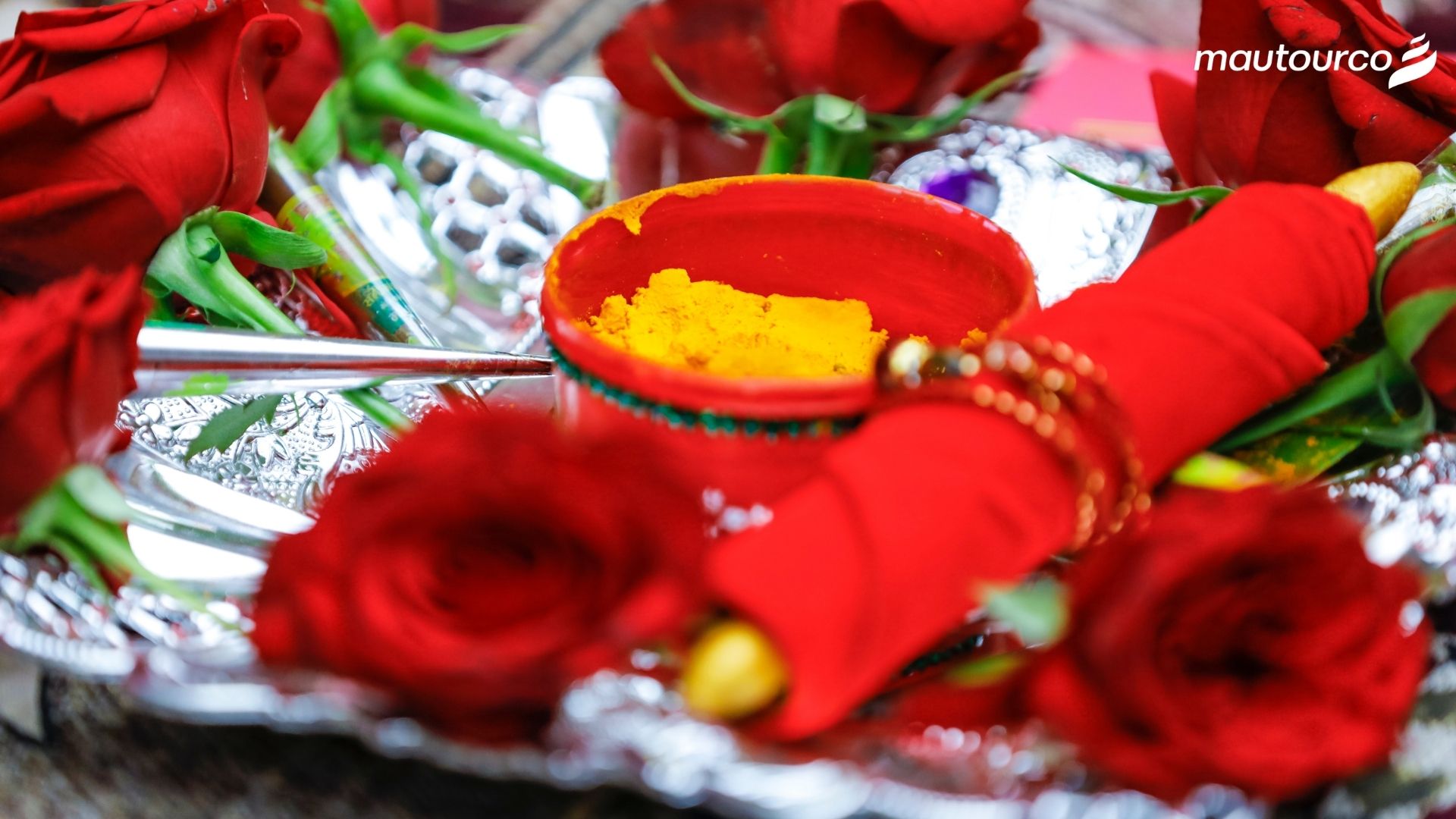 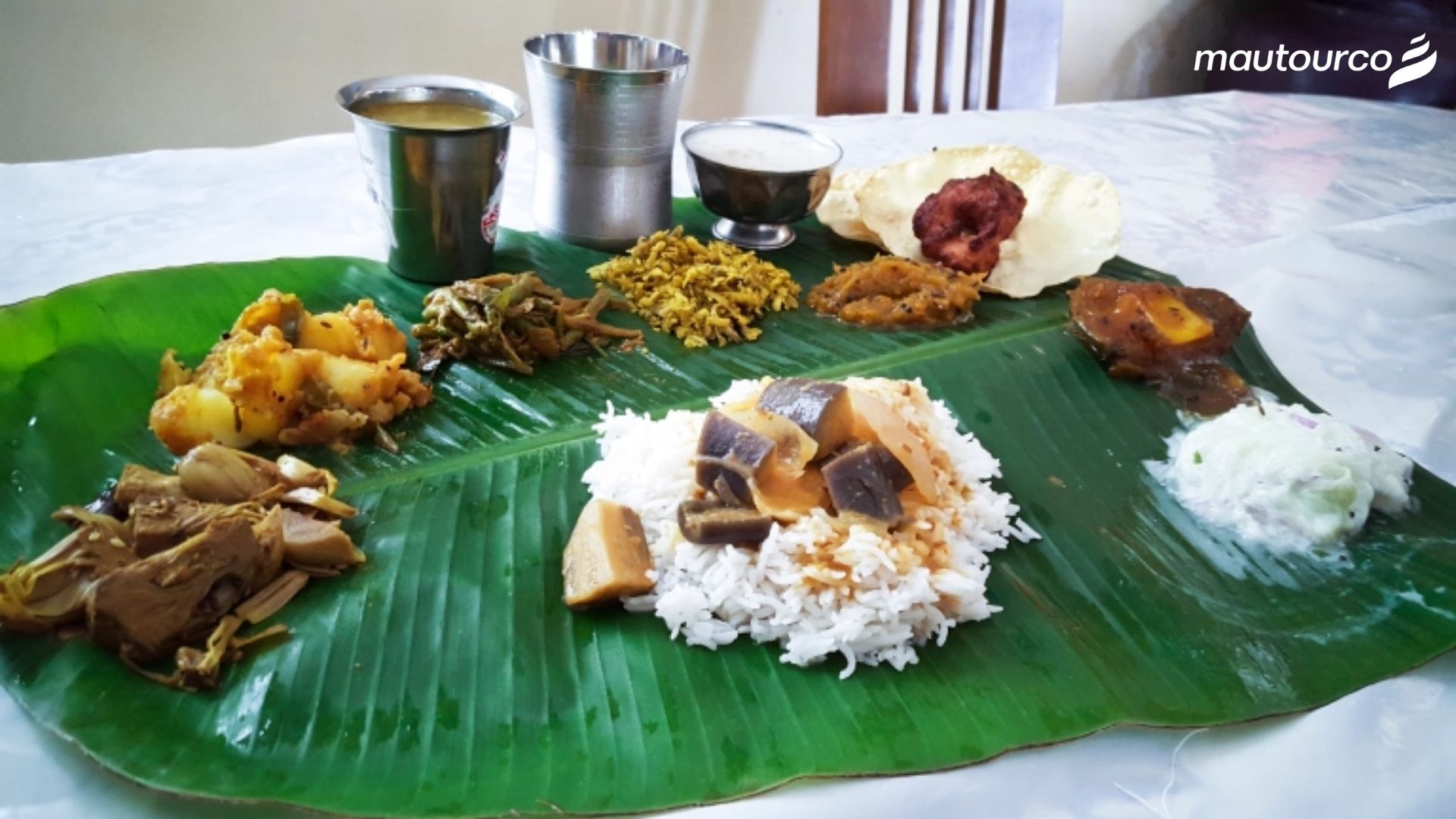 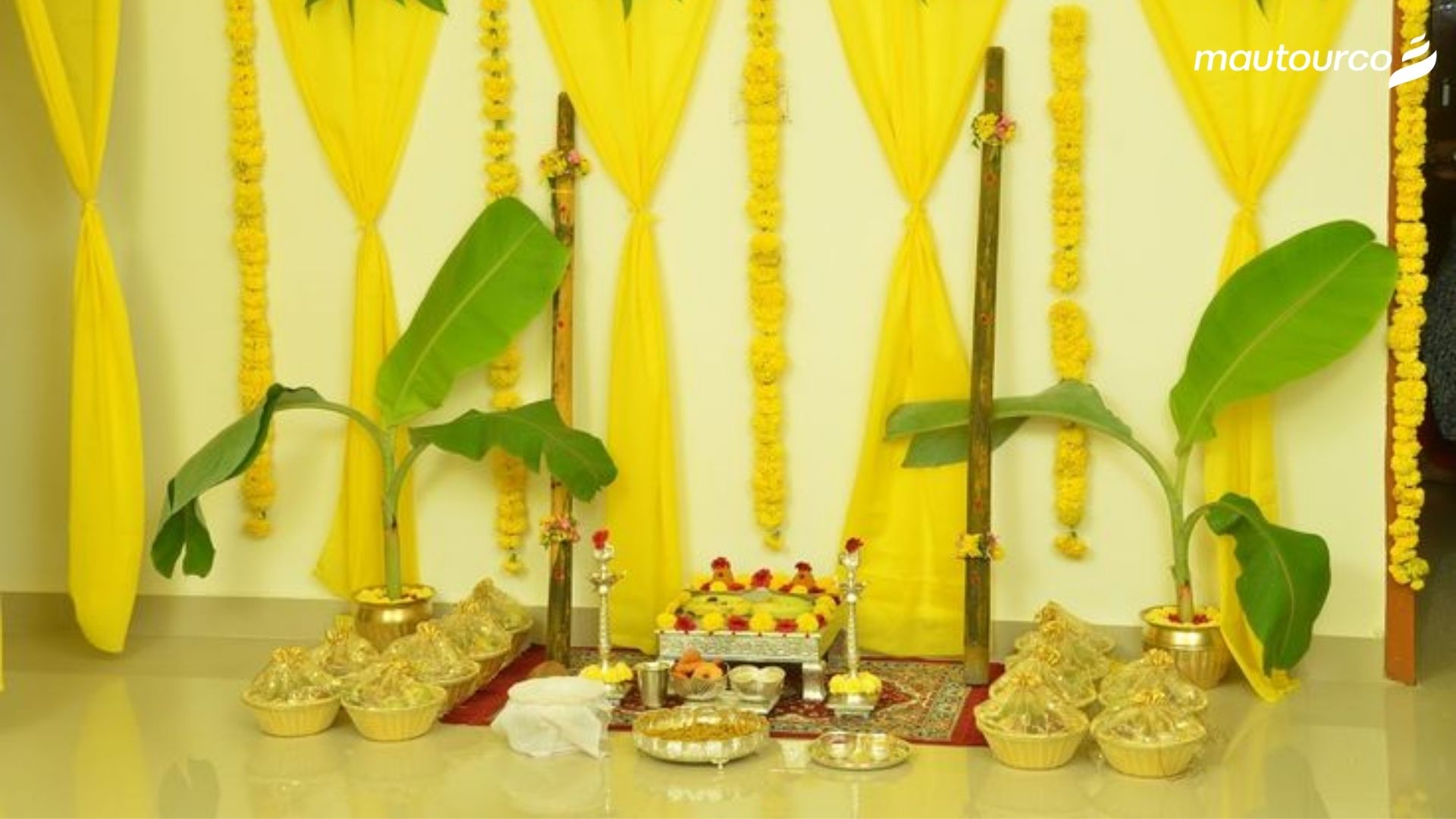 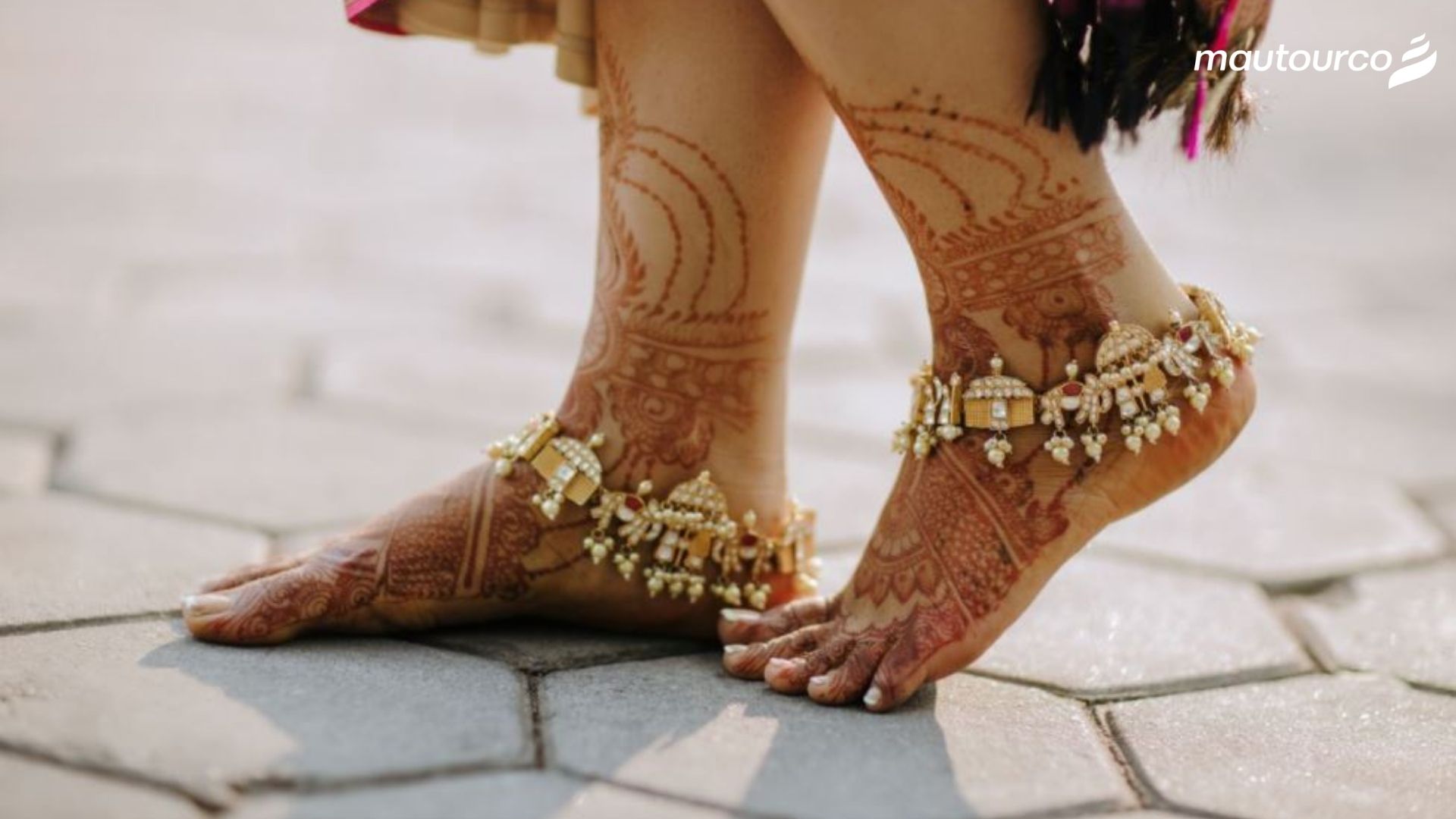 We went to see the bride, who was seated on a low stool in the house. She was dressed in a beautiful yellowish saree with no jewelry. Conveniently, I remembered that no one is allowed to kiss or hug her after the Pasupu ceremony. So, after diligently congratulating her, we proceeded to have dinner in the yard where the rest of invitees were already eating.  We were offered the traditional 7 cari and ti puri (seven varieties of vegetable curries served on banana leaves) and ate with our fingers. Dinner was served by family members who came back several times to ask if we needed more curries. As per Telugu tradition we were also served Rasson (a tangy and spicy soup) and appalam (a crunchy deep-fried dough of black gram bean flour) and sagoo (tapioca pearls) as dessert.  To complete the meal, we ate takkar, a spicy tamarin and pineapple sauce which was divinely tasty.

After dinner there was a Bharatanatyam dance performed by two girls beautifully dressed in orange and green sarees topped with jewelries. Bharatanatyam is an Indian classical dance that originated in modern-day region of Tamil Nadu. However, the Telugu community originated from the southeastern Indian states of Telangana and Andhra Pradesh and the Telugu language itself is of Dravidian dialect. I saw the bride on the porch with the saffron on her hands and face, watching the festivities. After a few minutes she joined the girls, dancing gracefully.  She was indeed a passionate dancer herself and I remember her performing at our school show. It was great to see her enjoying herself on this last evening before her wedding day.