Kung Shee Fat Choy!! I dare you to find a single Mauritian, no matter the ethnic background, who does not know what these words mean! In fact, this is how we wish a Happy New Year to our compatriots of Chinese origin, in January or February when they celebrate the lunar new year: the Spring Festival. The transition into the new year calls for celebrations and cultural festivities that can last several days. Known for their hard-work culture, the Chinese only stop business these few days out of the whole year.

The first generation of Chinese arrived on the island as traders, mostly in the 1740’s. Unlike the African and Indian workers, they arrived free and were the first to open small local stores across the island, true Ali Baba’s caves of products, providing Mauritians with all kinds of retail supplies. In fact, the local shopkeeper would adjust to his customers’ needs. Consumer goods included food, basic commodities, school items… not to mention the homemade Chinese cakes that kids were so fond of! The children delighted in the daily trips to the local shop and the shopkeeper knew each one of them and affectionately called them by their first names. 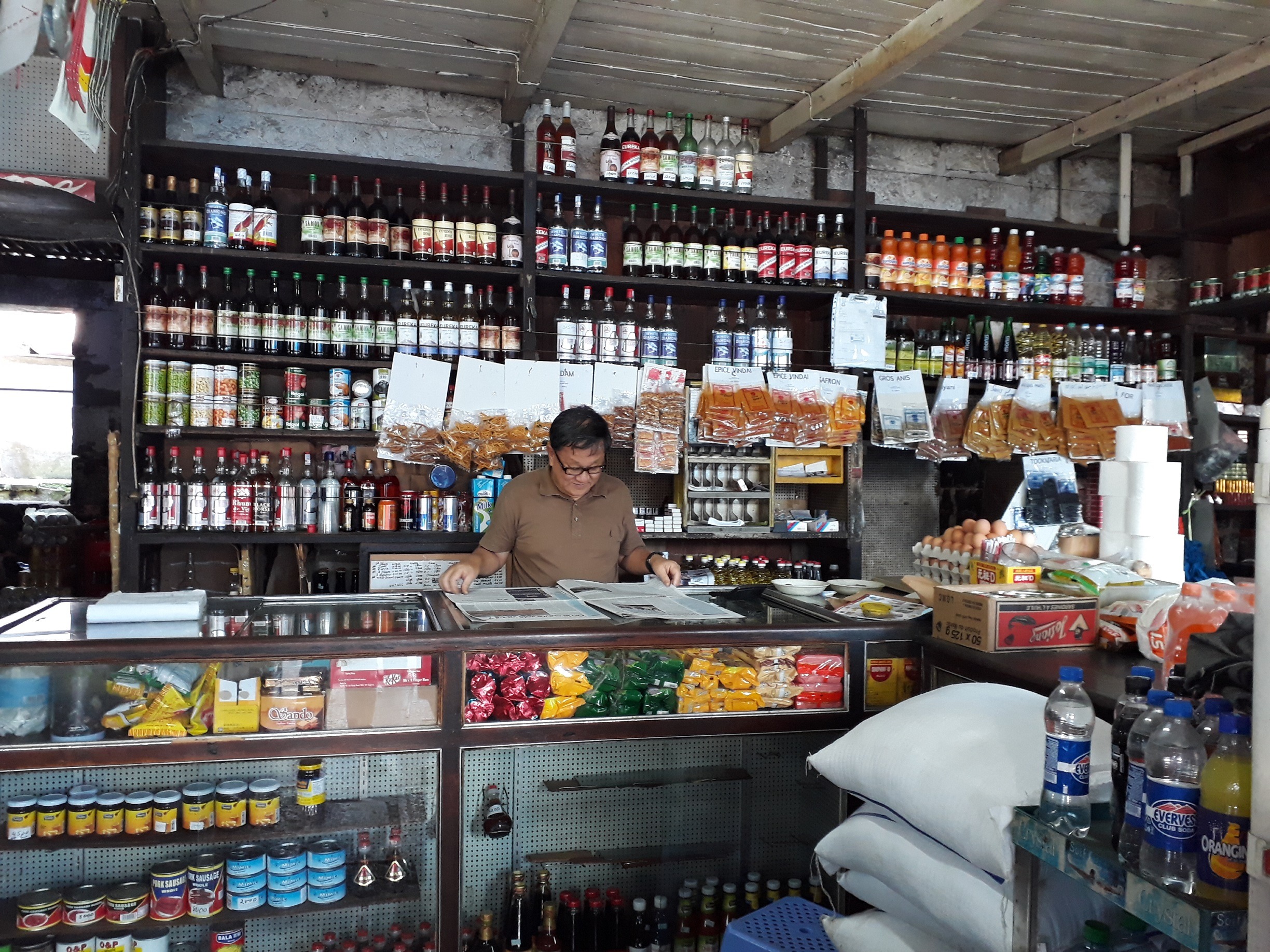 Who does not remember the shopkeepers’ famous red notebook – a purchase order of sorts – in which each family’s groceries list was written down? Funny situations would often arise when an upset shopkeeper refused service to a customer who had forgotten to bring his notebook along or whose ‘account’ was in the red…precisely the Chinese’s favorite color! These convenience stores, often located right around the corner of our streets, could never really close at the end of business day, and if they did, there was always a small window, on the side, that customers would come knocking on, begging the retailer to open back up, at any given time of the day! There was always an emergency! An elderly parent of the shopkeeper would be there, wearing a sleeveless shirt and khaki shorts, and only spoke Chinese or other dialects. That did not prevent him from readily serving customers, who in turn had to use a good amount of ingenuity to make them understood. He was quite the intrigue because he would frequently be seen at the counter, reading the Chinese newspaper. Only a few months later, he would have surprisingly learned to speak Creole. 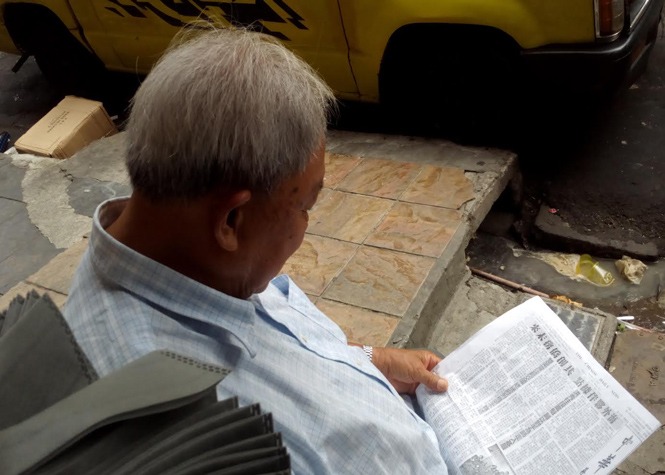 Nowadays, these little “la boutik sinois” (Chinese shops) have practically disappeared as the succession is not assured; children who have had a tertiary education, refuse to take over the small family business, especially since the many shopping centers around the island have been a game changer in the Mauritians’ consumption trends. One thing that has also recurred is the immigration of our Sino-Mauritian compatriots, especially to Canada. Those who have not left the island have mostly become doctors, financiers, lawyers and businessmen…and are part of the Mauritian elite.

On this festive day, Sino-Mauritians pay a last tribute to deities and ancestors for the past year by going to the pagoda, their place of worship, even if most of them are now Catholics. The Chinese community perpetuates the ancestors’ traditions by going to the various pagodas with their offerings: fruits, cakes and flowers are placed on the altar and the whole family gathers in prayer offered to Buddha.

The Spring Festival is celebrated lavishly in Chinatown (located in the heart of Port Louis). Stunningly decorated in red, it becomes the scene of several colorful cultural entertainments, including the traditional Chinese dragon dance accompanied by fireworks display! It is also an opportunity for the family to show off their most beautiful finery and the color red, associated with happiness, reigns supreme! Every Sino-Mauritian family sets off firecrackers on their front porch (at a very precise, previously agreed time at the pagoda) to scare away evil spirits and to bring good luck for the coming year. The next morning, the red-carpet like streets and porches indicate where our compatriots of the Chinese diaspora live. The privileged welcome the Dragon for a dance in front of their homes, to the sound of drums and more firecrackers. “This brings good luck!” they say! The head of the family offers the Dragon money in a ‘Fung Pao’ (small red envelope). It is also an occasion for neighbors to enjoy a great “Loulou sinois” (Chinese Wolf) show whilst the children shout for joy.

The festivities would not be complete without the sumptuous traditional meals shared during the family gatherings. It is a well-known fact that the Chinese have a deep appreciation for good food and Chinese specialties of all kinds will inevitably be on the menu. The endless variety of meals include noodles (guaranteed extended lifespan), Chinese soups and pork, their favorite meat: the tables are laden with delicious dishes. New year gifts are offered in a ‘Fung Pao’ to loved ones. It is customary to share goodies with friends and neighbors who cannot wait for the highly popular ‘wax’ cakes (a gelatinous combination of brown sugar and rice flour), or mooncakes (traditional Chinese pastry).

After the rituals and festivities are over, entire families book coast region hotels to spend time together and de-stress while enjoying hotel services. No expense is spared to please loved ones. This is also an opportunity for elders to catch up with younger ones. Family is essential for Mauritians of Chinese descent and respect for elders is an inherent value that transcends generations.

This year will be the Year of the Earth Pig and it will be celebrated on February 5th. What does it have in store for us? All ethnic communities will await the predictions of Mrs. Kwok, a Chinese astrologer well-known on the island. She will offer foresights on the weather, politics, the economy…. will this nice lady ask us to keep our feet on the ground while tempering our pigheadedness? 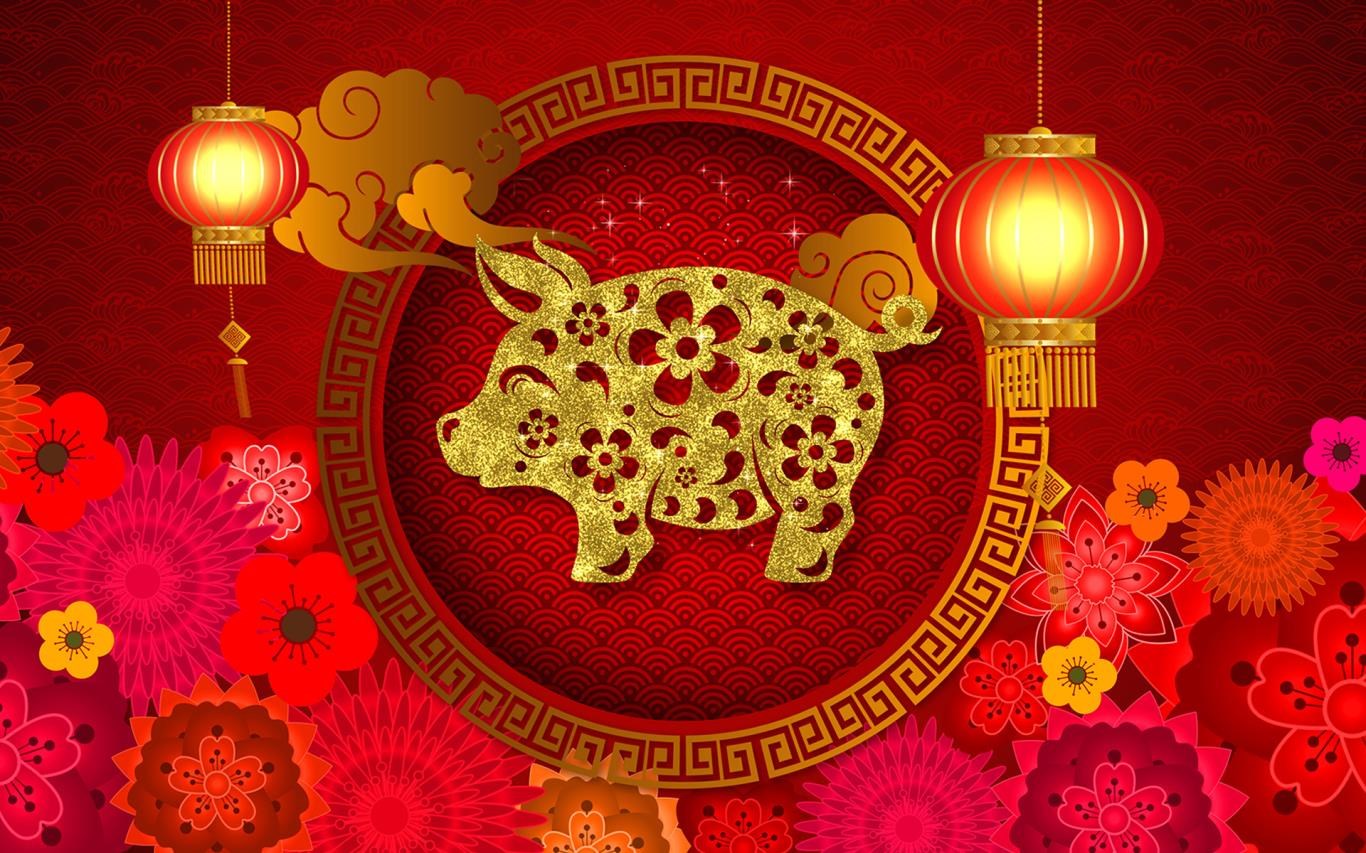 Although every Mauritian has his own beliefs and practices his own religion, he respects and shows interest in his neighbors’ beliefs as well, and that is the beauty and uniqueness of our wonderful Mauritius!

Let us wish all our “Sinois” (Chinese) friends, KUNG SHEE FAT CHOY! May the year ahead be filled with love and prosperity!

Note: ‘Fung Pao’ is most probably derived from the word ’hóngbāo’, meaning a monetary gift which is given during holidays or special occasions.

01st February: Abolition and Freedom
Next