I could hear the rhythmic sound of drums from the balcony at my grandmother’s place in Port -Louis. My sister and I eagerly waited for the devotees to walk through the street. It was the 10th day of the month of Moharram (first month of the Islamic calendar). The festival known as the Ghoon is observed by a small minority of Mauritian muslims of the Shiite sect to commemorate the martyrdom of Hussain, grandson of Prophet Muhammad (p.b.u.h). Martyred in the year 680 at Kerbala in Iraq, this tradition has been passed on from one generation to the next and we can only guess that it has travelled through many countries before arriving in Mauritius.

From the first floor, I bent over the balcony to watch the procession on the street. I could see the ghoons, three onion shaped domes, some as high as the roof of houses. Some small ghoons were carried on shoulders. They represent the tombs of the martyrs of Kerbala. Colourfully decorated, Muslim shiites marched through the streets beating their drums (commonly known as daff – traditional drum with goat skin) and tambourines rattling loudly while some chanted for Hussain Ya Hussain! Oh Hassan!  It is usual that they observe mourning during the first 10 days of the month of Moharram, but it is on the 10th day, called “The breaking of the Ghoons” (as we call it here) that marks the end of this festival. 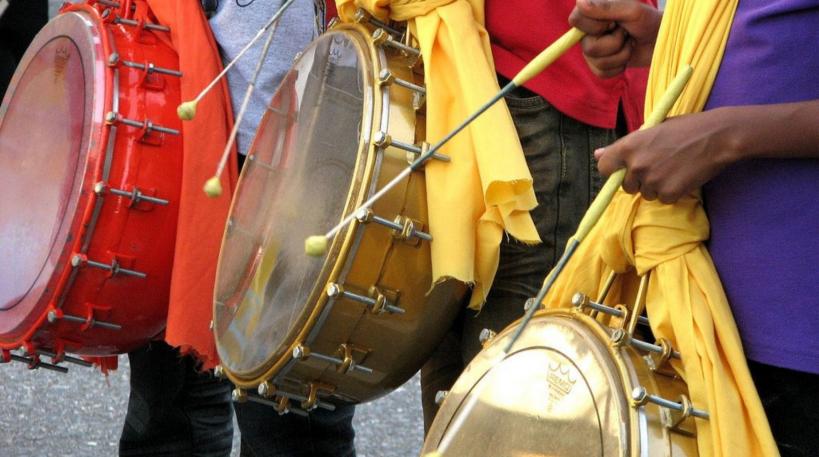 I knew that the spectacle could be rather daunting to those who were not used to see self-flagellation. Indeed, ecstatic participants were dancing to the exultant rhythm of the beating of sticks, drums, and tambourines while others had their body pierced with needles and pins. For the weak hearted, it could indeed be chilling to see some thrusting swords on their bodies without any effusion of blood. I was amazed to notice that they did not seem to feel any pain.

What was long ago a festival that attracted great crowds, ghoons are much rarer nowadays. A well-known French poet, Alexandre Dumas even relates in his novel Georges published in 1843, a Yamse Festival happening in the streets of our capital city, Port-Louis. One of our various rich cultural heritages that certainly come from far, which was usually also celebrated in many villages in the past, is now only held in Plaine-Verte, Mauritius where some fervent attenders reside.

Enriching interview with a Mauritian Chef
Next

Fascinating facts in the history of Mauritius: Abercombie