Between the warehouses and the quays, on the seafront at Trou Fanfaron Bay, Port-Louis, sits a humble compound of ruins; some partial remains of stone buildings which at first glance do not draw the gaze. Still, this site echoes in the heart of hundreds of thousands of Mauritians across the island.

As I entered the BRIC (Beekrumsing Ramlallah Interpretation Centre), found next to the site, I met with the guide. She kindly offered the option to accompany me through the museum. “You can also choose to go alone”, she added. Indeed, in this well-designed centre, one can go alone at his/her own pace; the explanation board and interactive screens give out the necessary information. I nevertheless chose to be accompanied. This would give me the chance to ask the questions that kept popping up in my head since I heard about this special place.

The Aapravasi Ghat is an important part of the history of Mauritius. It is inscribed on the prestigious UNESCO World Heritage Sites list. This place had been the gateway for immigrants coming mainly from India from 1834, right into the context of the abolition of slavery, to 1924, to work as labourers in the sugarcane fields. “Aapravasi Ghat” literally means Immigrant Landing in Hindi. The word “Ghat” has some deeper meaning though. It denotes the space where the sea meets the land; this undefined, ever-changing space, where one universe ends, and another begins. For those who went through this gateway, it symbolizes the transition from the old to the new life. 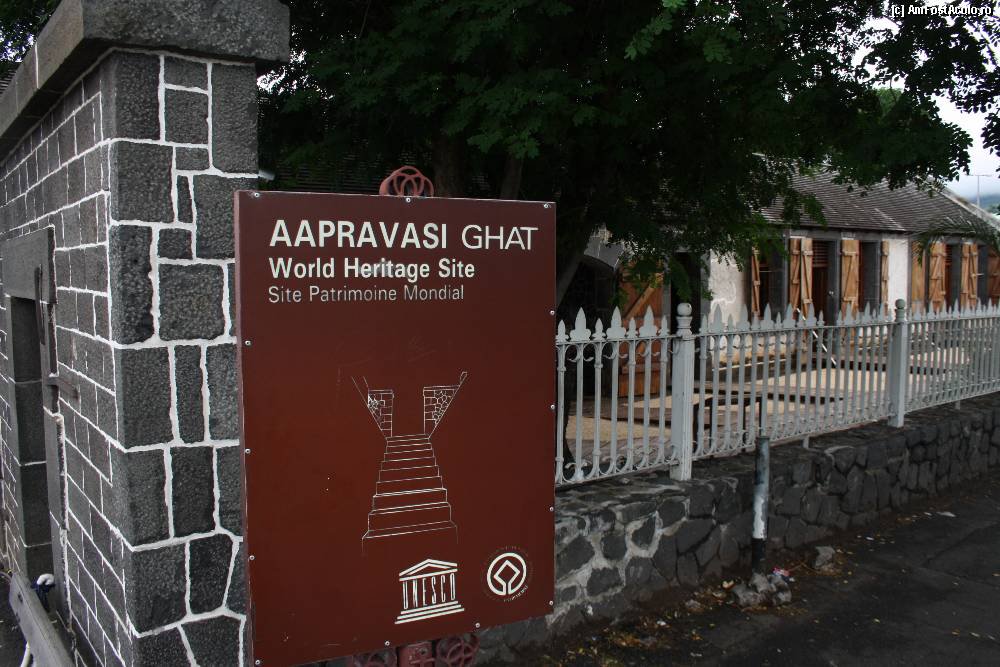 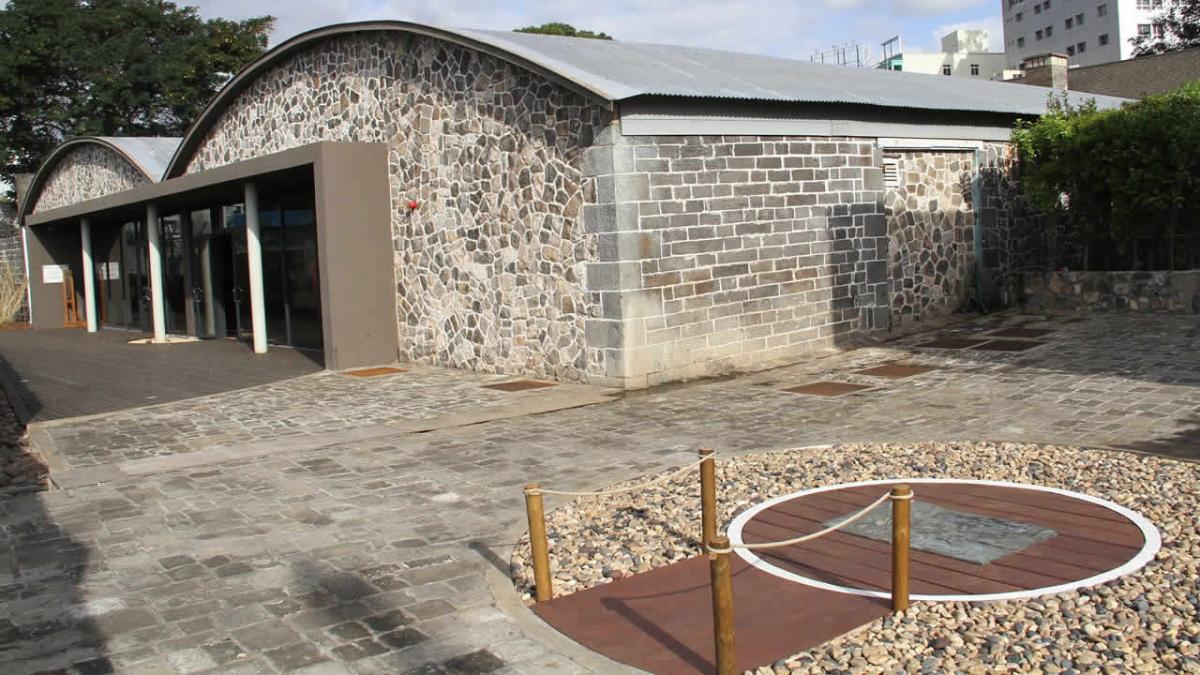 We crossed the centre of the museum and got into a room with “The Great Experiment” written on the wall. The guide explained to me that this adventure began as a pilot test that the British – who then governed the island – started, following the abolition of slavery, to get indentured labour from other countries to work in the fields. Mauritius was the first country who successfully carried out this process, moving from slaves to indentured labourers. Since India was also a British colony, it was natural that 95% of the immigrants came from the great peninsula. 5% came from other countries. I was surprised to see the diversity in the pictures lining the wall in another room. I learnt that immigrants also came from Madagascar, Comoro Island, China and Africa.

“If Mauritius was the first to successfully undergo this migration experiment, this means that there are other countries who tried the process, right?” I asked. “Yes”, replied the young lady. “Other colonies around the world went for the indentured labourers system as well, among which are Trinidad, Guyana and even Reunion Island. As such, more than 2 million people had migrated to work in some other place around the world through this system. Mauritius alone has welcomed half a million persons”. I was impressed. I learnt however, with some sadness, that the recruitment of the indentured labourers was done using many false promises; they had been told untrue stories about a land where one could supposedly easily dig for gold. 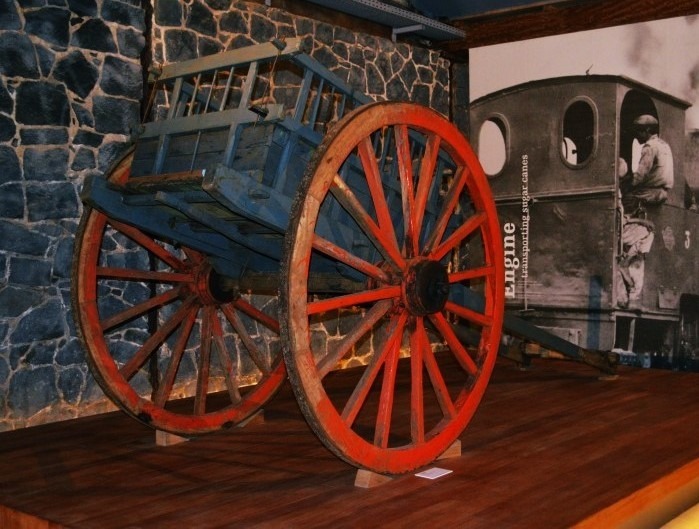 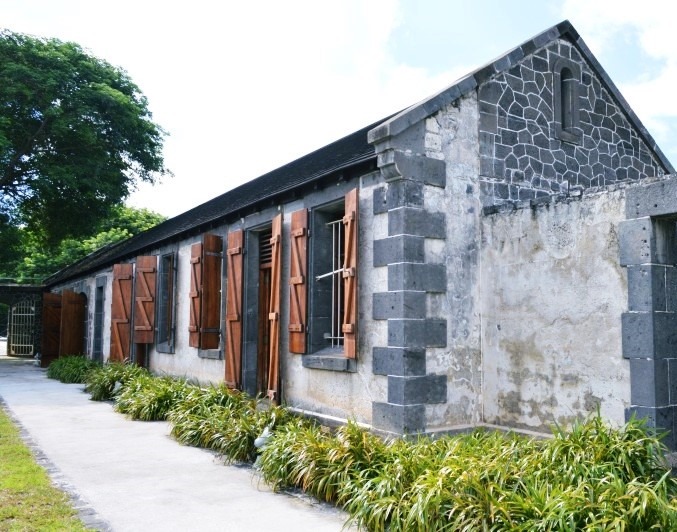 Time for me to get onto the site itself. Accompanied by the guide, I walked on the quay and suddenly reached the ruins. And there they were: the 16 steps. I felt my heart racing as I watched them. Images of men, women and children went through my mind, climbing the steps towards a new life. Leaving behind a country, but bringing with them their history, their language and culture. Their songs and dances. Their hope and courage. Looking upwards. Forward.

I took the steps and reached what was once the bathing area. Large squares where the new comers had common baths before going to the depot, where they went through a medical examination. Each individual was then registered. The immigrants stayed in the depot for some time before being moved to a sugar estate, where they would live in what was commonly known as “camps”. The Indian workers were accommodated in cottages made of light frames of rod and covered with straw, no better than the accommodations previously given to slaves.

Even though the labourers were free, they sometimes faced harsh living conditions similar to that of slaves. They worked 6 days a week from dawn till dusk. They were forced to comply to rules and had to perform arduous tasks under threats of punishment and penalties. A male worker was paid Rs 5 per month. A female worker was paid Rs 4, and a child worker was paid even less. One common penalty that was operated in Mauritius was the ‘double cut’ system – if you were absent 1 day, 2 days of wage was removed from your pay. 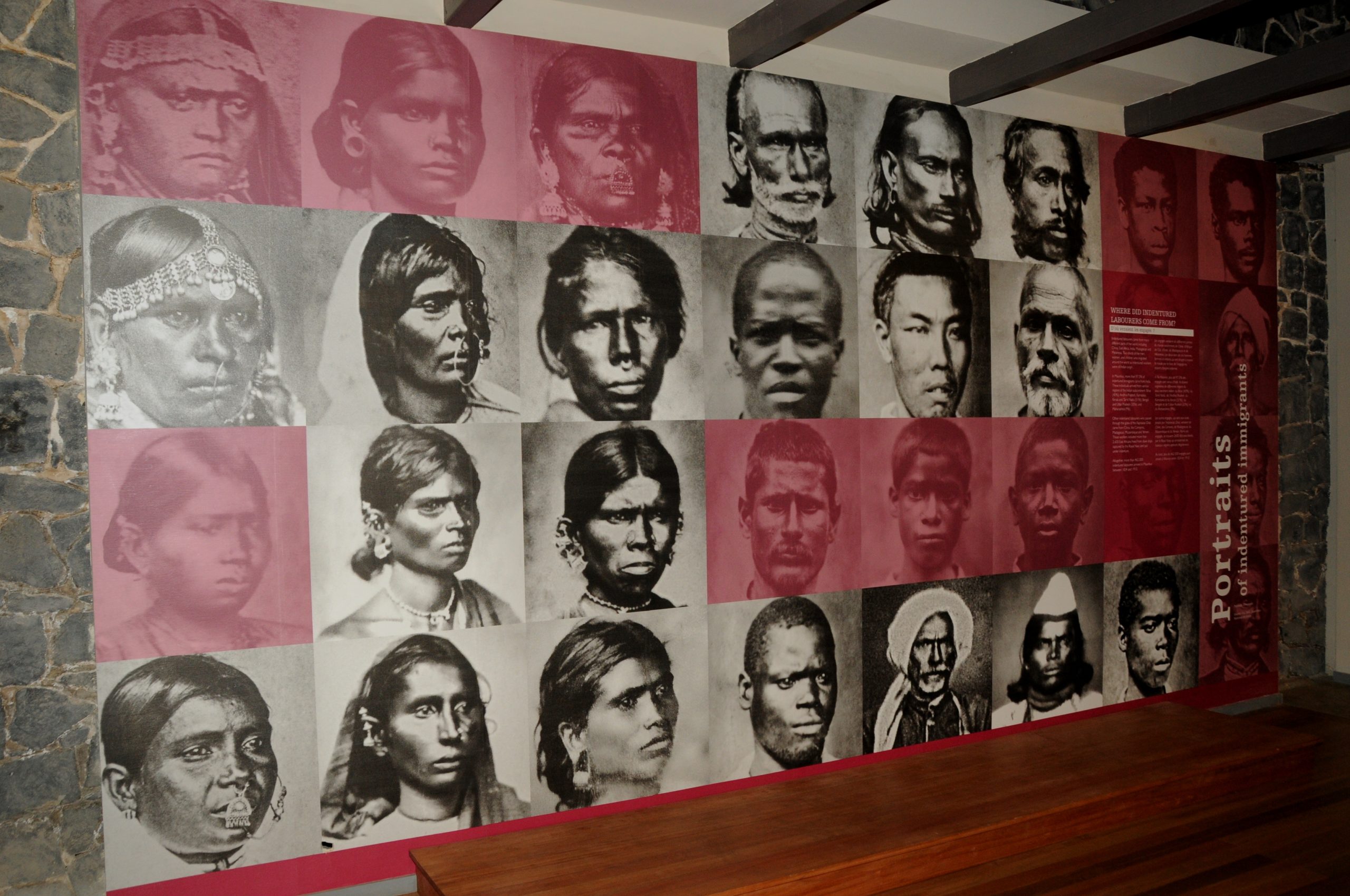 Despite these hardships, the majority of the immigrants stayed on the island after the official termination of their contract. Today, over 70% of the Mauritian population can trace back their roots to the Aapravasi Ghat. In 1987, the Government of Mauritius declared the Aapravasi Ghat as a National Heritage, and in 2006 the site was inscribed on the prestigious UNESCO World Heritage Sites list. It was the first indentured site to be on this list.

Immigration of indentured labourers from India officially ended in 1923. Mauritius, today, is a multi-racial and multi-cultural society where everyone finds his/her place, and proudly proclaims to be Mauritian.